One of our mesothelioma solicitors has recently investigated the use of medical cannabis to alleviate some of the pain caused by mesothelioma. She recently attended The Mesotheliomas UK Patient and Carer Day and spent time listening to sufferers of mesothelioma explain how the use of cannabis had helped to control their pain.

One lady explained just how debilitating the pain was, but how smoking cannabis oil had significantly reduced that pain to the extent that she was able to cope with her illness mentally as well as physically and get on with life. 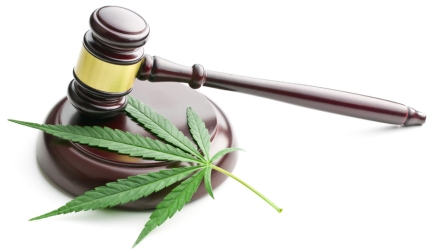 There was a case of a mesothelioma sufferer in The US whose mesothelioma tumour continued to grow in spite of the chemotherapy.

He was advised that little could be done and that he should consider moving into a hospice.

He decided to look elsewhere for a cure and to started to study the effects of medical cannabis on other types of cancer such as Brain, Breast, Prostate, Liver and Pancreatic where studies have been published.

So, what is medical cannabis?

There is a long history of the use of cannabis for medicinal purposes. It is to referenced in Chinese medicine in 1500 BC for its healing properties, by the ancient Egyptians to treat glaucoma and there is evidence that the ancient Greeks, Romans and Persians all used a form of marijuana to treat a variety of problems.

The NHS rarely provides prescriptions for medical cannabis. However, The NHS website does mention that it could be "considered when other treatments weren't suitable or hadn't helped". Currently it is only prescribed for the following conditions:

Children and adults with rare, severe forms of epilepsy may be prescribed Epidiolex

Epidiolex is a highly purified liquid containing CBD (cannabidiol). It is currently going through the licensing system for use in The UK.

Nabilone can help to relieve sickness or vomiting in chemotherapy patients, but only when other treatments haven't helped or aren't suitable.

Sufferers of multiple sclerosis may be prescribed Nabiximols (Sativex)

This is a cannabis based medicine that is sprayed into the mouth and is licensed in the UK for people with MS-related muscle spasticity.

A recent article in the British Medical Journal suggested that cannabis could be useful for the treatment of chronic pain as well as the uses described by The NHS website. In the spring of 2019 Professor Mike Barnes opened The UK’s first private centre specialising in the medical cannabis treatments in the UK.

The law states that possessing cannabis is illegal, whatever you're using it for. That includes medical use unless it has been prescribed for you. However, former Home Secretary Javid decided this year (2019) that the scheduling of cannabis under the Misuse of Drugs Act 2001 should be moved from schedule 1 - no medical value - to schedule 2 - accepted to have a medical value. This means that mesothelioma victims could speak to clinicians about being prescribed cannabis when they have tried other forms of pain relief.

Around half of the states in the US have some form of law under which cannabis oil may be obtained. They vary in terms of what form the marijuana can take and how much a person possess at one time. 16 more states have laws that limit medicinal marijuana use to CBD, the non-psychoactive marijuana extract. The Spanish have allowed the consumption and possession of cannabis for personal use and allow people to grow their own. Canada has recently legalised it and some area in India and Australia allow some use of cannabis for medical purposes.

If you are suffering with Mesothelioma and would like some advice on what to do legally, we can offer some expert guidance. We can help you to get an interim payment from the government and to build a case against former companies where exposure to asbestos took place. We are also happy to answer any other questions you may have - Just ring the number below and ask for Kathy or Warren.