Mr Y was only 67 when he first developed the symptoms of peritoneal mesothelioma in 2019. He was a pipe lagger by trade and worked for 3 companies where he was exposed to asbestos: Cape Asbestos, Darchem and Miller & Co. Most exposure was for Miller & Co. where he served his apprenticeship. During this time he mixed raw asbestos to lag pipes and boilers in various industrial locations.

Even after the late 1970s after pipe lagging with asbestos ceased, he was still repairing older pipes that were still lined with asbestos. This was dusty work and little in the way of protection was provided. 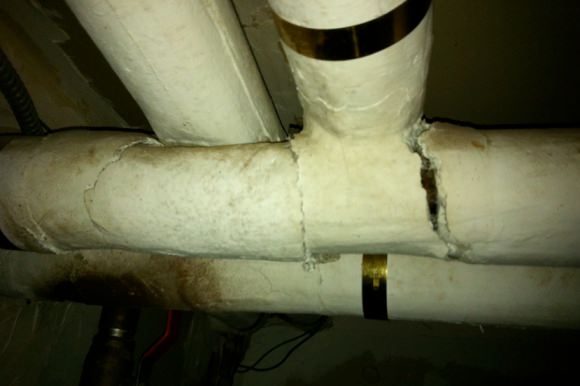 Tracing the insurers of J S Miller & Co. proved complicated as the company had ceased to trade. They had used 3 insurance companies over the years and the main one refused to negotiate until J S Miller & Co. was brought back on to the Company Register.

By this stage Mr Y was very poorly and it was important to him that the claim was finished while he was still alive. So our asbestos lawyers started a claim against the other 2 companies where some exposure had occurred - Cape Asbestos and Darchem.
Cape Asbestos run their own scheme for asbestos claims which results in a lesser amount awarded to the claimants.

An offer in settlement was made of £300,000 at the same time as the issue of proceedings against J S Miller & Co. and their insurers, Canopius. A reduced offer in settlement of £269,960 was then made in early June 2019 with a warning to the defendants that Mr D was deteriorating and if this matter proceeded as a fatal claim, the damages would be higher.

Unfortunately Mr Y deteriorated quickly from this point and died from peritoneal mesothelioma in the summer of 2019. The claim was then pursued on behalf of Mrs Y who was not working and was dependent on his income and services. Their grand-daughter was dependent on Mr Y for services like childcare.

There was a question mark over the health of Mrs Y as she was a dependant of Mr Y who was still working before his diagnosis and planned to work until his early 70s. Medical evidence into her state of health indicated that her life expectancy was as little as 8 years and the claimant’s expert confirming that it was 14.

The defendants insurers then decided to add to the family's distress by requesting a post-mortem, even though a biopsy had confirmed the peritoneal mesothelioma diagnosis. The company they were representing, J S Miller & Co., were finally restored to the Company Register in the autumn of 2019. At this point the insurers formally disputed liability and a court hearing was set for the spring of 2020 to assess whether or not they had any realistic prospect of defending the claim.

In the meantime, the proceedings against Cape Asbestos and Darchem were discontinued. He worked there from the early 1980s at which time protection against the use asbestos was in place in the form of masks, protective clothing and equipment.

It became increasingly obvious that Canopius were not going to engage within the proceedings or contribute towards them, in-spite of the fact that he was exposed to asbestos at Millers while they were insured with them. However, our asbestos lawyers made a formal offer for a settlement of £310K net (gross £334K) in December 2019 but this was not accepted by the defendants. They made a counter offer which disputed everything except bereavement damages, so our lawyers decided to take them to court and a provisional date was set for May 2020.

By this time The Coronavirus Pandemic has swept the country and Mrs Y was in self-isolation. This had a huge impact as she did not drive and became reliant on family for help and support. The date for the court case to assess damages was postponed because the medical expert used by our asbestos lawyers was a respiratory physician who was on the NHS frontline during the Covid crisis and could not take any time away from work. The court case was re-scheduled for the autumn of 2020.

At this point the defendants offered to settle for £230K - some way short of what was acceptable. They then proceeded to increase their offers by small amounts, knowing that each one required conferences with Counsel, Mrs Y and our asbestos lawyers to discuss further. Another offer was made by the claimant, this time of £310K gross which was rejected. In the meantime Canopius and their lawyers continued with their ploy of painful increments, but by this time they were at £285K, which was increased to £292K shortly after.

This was September 2020, a couple of weeks before the court date. Mrs Y and our asbestos lawyers made a final offer of £298,000 - just £6,000 between the claimant and defendants now. Virtual meetings as part of the court case were now imminent with lawyers, medical experts and Mrs Y. The importance of a well judged offer before a trial is that if the claimant is awarded more by the court, not only is that amount paid, but an additional 10% on top as an additional payment to effectively penalise the defendants for refusing to accept a reasonable settlement sooner.

This offer was actually almost the same as the initial settlement offer made in April 2019, but at that stage, fewer benefits were deductible. However the defendants still maintained that the claimant had over valued the claim throughout which is why a settlement had not been achieved. In a final gesture of petty defiance, they refused to sign until a comma had been inserted into one of the figures for a payment on account.

Mrs D was very pleased with the £298,000 settlement, which helped her to start to move on from the tragic loss of her husband. Part of the settlement was set aside and invested for Mrs D’s grand-daughter, with whom Mr D had been so very close before his illness.

This case provides a brief insight into what can go on behind the scenes of what can be complex negotiations and why it is always advisable to employ the services of specialist asbestos lawyers. This was not a rare case as many claimants were exposed to asbestos when working for different employers and these employers and their insurers may have complex histories.

If you would like advice on whether you could claim for mesothelioma or other asbestos diseases, please call the number below and ask for Warren or Kathy