Loss of earnings from lost years to Mesothelioma

In 2019 a businessman, Mr Head took his former employer Culver Heating Co Ltd to court due his exposure to asbestos as a heating engineer between 1974 and 1979 at the firm. He was diagnosed with mesothelioma in March 2018. 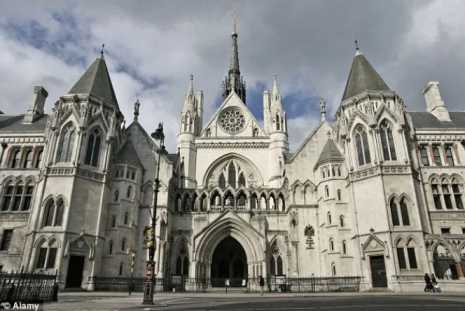 Mr Head went on to become a successful businessman who was the driving force behind a thriving heating and ventilation company.

His wife and their children were employed by the company and were shareholders. The family was at the point of contemplating his children taking control of the company.

Mr Head and his wife each held 45% of the business shares and the sons held 5% each.

Before the trial, the defendant had accepted liability for negligently exposing the claimant to asbestos in the course of his employment and was ordered to make an interim payment of £200,000 in damages (not including costs).

Damages for the following had been agreed:

The Defendant had also agreed to indemnify the claimant in respect of future private medical care, including immunotherapy.

The purpose of the trial was to discuss the remaining, disputed heads of loss: The Loss of earnings from the ‘lost years’ and general damages for pain, suffering and loss of amenity.

Each side brought in firms of accountants who agreed that the company would almost certainly continue to be successful with his children in charge after his death.

The barrister for Culver Heating argued that the company was essentially a capital asset that would continue to produce income after death. The barrister for Mr Head argued that this was not a case of a simple capital asset but that the income generated was in no small part from the efforts of Mr Head. He wasn't simply sitting back and watching his shares in the company grow into a sizeable annual dividend whether he worked or not.

The court decided to only award general damages of £95,000 to Mr Head and not the claim for lost years based on his reduced life expectancy which would have been just under £4.5million. The net dividends, which his shareholding would continue to earn after his death, would exceed the surplus earnings he currently enjoyed. Therefore there was no loss of income.

The crucial point is what income would fail to survive the death, regardless of how it arose. In this case, it was determined that though Mr Head would lose his salary from the company, the dividend payments from his shareholding would still be paid and would not reduce after his death. This was because the business would continue to thrive when his role was taken over by his sons.

The lawyers representing Mr Head, led by Counsel Harry Steinberg QC and Kate Boakes, decided to appeal on the grounds of "manifest injustice".

The Court of Appeal overturned the original High Court decision from 2019 that Mr Head would not be able to recover the loss of earnings following his diagnosis of mesothelioma simply because the family business would continue after his death.

The Lord Justice also overturned the earlier ruling on projected loss of earnings. The Court determined that Mr Head was the driving force behind the company he founded and that the profits generated were a product of his own labour, rather than simply drawing dividends based on shareholdings. He was therefore entitled to full loss of earnings in the lost years regardless of whether the company continued to generate a profit after his death. The Court also took into account that he could not leave his shareholdings in his company in his will as they related to his own future earning capacity. The loss was therefore personal.

" The overwhelming majority of these applications are entirely unfounded but this one was a rare exception perhaps the most striking one I have seen during six years' service in this Court. I consider it was indeed necessary to reopen the determination of this appeal in order to avoid real injustice. "

The case will be readmitted to the High Court for re-evaluation of loss of earnings which will almost certainly result in a substantial award for the family. Unfortunately Mr Head died in November 2019, aged just 61 before the appeal was heard and will never know that the original ruling was overturned and that his family will be well provided for.

If you, or a family member has suffered from a similar injustice, or would simply like some advice on the claims process for mesothelioma, we are here to answer any questions. Please call on the number below and ask for Kathy or Warren