Widow Mrs K was recently diagnosed with malignant mesothelioma and contacted our team of specialist solicitors shortly afterwards. Our solicitors travelled to her home to explain the claims process and take a statement of her previous exposure to asbestos. 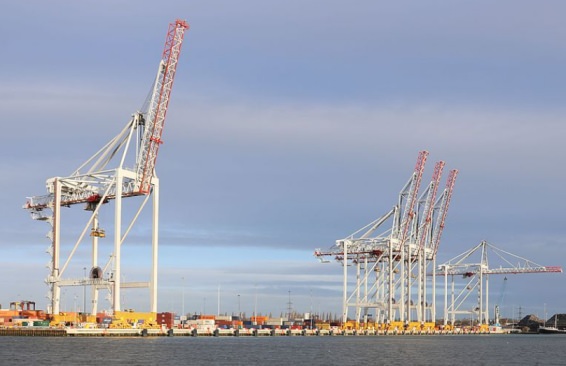 Vosper Thornycroft was a merger of 2 shipbuilding companies: Vosper Limited of Portsmouth and Thornycroft of Woolston, Southampton in 1966.

Vosper built small boats and Thornycroft built destroyers and similar sized craft. The company was nationalised by the Labour Government in 1977, becoming a division of British Shipbuilders.

Harland and Wolff the famous Belfast shipbuilding company operated a ship repair yard in the Southampton Eastern Docks from 1907 to 1973, when it was sold to Vosper Thornycroft.

Where was the asbestos at Southampton Docks?

Mr K spent a lot of time on the ships that came into Southampton Docks. As clerk of works, one of his roles was to organise ship maintenance and repair work. Asbestos was used extensively on those ships to line pipes and boilers and more generally where the heat resistant qualities were required. Asbestos sheets and products may also have been transported from overseas. This meant a considerable amount of exposure to asbestos dust as he determined the extent of repairs.

Mrs K had vivid recollections of her husband commenting on the dusty environment at Southampton Docks. That dust would be brought home on his clothes for Mrs K to wash - which she did for many years - hence her exposure to asbestos dust and fibres.

Shortly after taking her statement our solicitors contacted the companies where the exposure occurred. Fortunately, they had acted on behalf of previous claimants at both companies and we sought their permission to use previous witness evidence in Mrs K’s claim for compensation.

After obtaining her medical records we employed the services of an expert to prepare a medical report to confirm the malignant mesothelioma diagnosis. Unfortunately, she died from the cancer shortly afterwards and her son obtained a Grant of Probate to act on behalf of the estate. Following a short period of negotiation, payment in excess of £80K was agreed.

“ I recommend Royds Withy King without reservation or hesitation. My mother's claim concerned how she contracted mesothelioma (washing my father's work clothes). This historical case needed to be pursued in a determined and lengthy manner and the simple fact is, it would simply not have happened without the expertise and resources of RWK. Jennifer Seavor started the process and Emily Barratt brought it to a successful conclusion, everyone I dealt with at the company was polite, professional and helpful. ”

We have dealt with numerous cases where there has asbestos exposure in ships and at docks which have resulted in mesothelioma and other asbestos diseases later in life. If you would like advice on whether you may have a claim for compensation under similar circumstances, please call us on the number below and ask for Warren or Kathy.