Mr M worked for The Plessey Company Limited from 1967. The company was founded in 1917 and expanded after the Second World War with various acquisitions and mergers. These included Ericsson Telephones Limited and The Automatic Telephone and Electric Company Limited (AT&E) giving Plessey a major share of the British telecoms market. A key role in the development of the new technology was the manufacture of semiconductor transistors, which were invented in the late 1940s.

In 1957 Plessey decided it should have a stake in the new market and opened a new factory at Cheney Manor in Swindon.

Each site was essentially a large factory including offices and research and development areas. The factories were heated with steam pipes lagged with asbestos and the roof and walls outside also had asbestos sheets.

Mr M worked for Plessey as an electronics engineer and was initially based in Hampshire. He was based in a laboratory / office environment and tested various components made by the company in the factory. He was transferred to the Plessey Cheney Manor premises in Swindon in 1969 to assist with the design of a new microchip. His work was based in the drawings and design offices at the factory, so was not in direct contact with asbestos.

In 2018 Mr M had experienced spells of breathlessness and had initially thought it was some form of condition linked to the COPD he had. However, as the symptoms persisted his doctor decided it merited further investigation and organised a CT scan. The scan revealed fluid in the pleural cavity and a collapsed lung. These are 2 symptoms of Mesothelioma, so a biopsy was organised which unfortunately confirmed that he had developed pleural mesothelioma.

Soon after this, his consultant advised that he should seek compensation and he contacted our specialist mesothelioma solicitors. One of our specialists - Jennifer Seavor - had represented claimants from Plessey in the past and took on his case. She travelled to his home to discuss the claim and find out about the previous exposure to asbestos.

Asbestos exposure from employees in canteen

Though he had not worked directly with asbestos, he was sometimes in the vicinity of those that did. Specifically some general maintenance work and refurbishment that had been carried out in the offices where he worked. He also mixed in the canteen with many hundreds of other workers from all over the Cheney Manor premises. It is likely that some of these would have asbestos dust on their clothing. However proof was required to build the case and as this was about 50 years ago that was not going to be easy.

Jennifer did manage to locate a number of fellow workers at Plessey who were there at the same time. Evidence was obtained from several witnesses and one key witness who recalled a refurbishment of the offices where Mr M worked and the removal of asbestos ceiling tiles. This would have created dust, including asbestos fibres that could have been breathed in by Mr M.

Unfortunately Mr M passed away before the conclusion on the investigations. Mrs M made a decision to continue with the claim out of a sense of injustice that he died in this way. The insurers of Plessey did not admit liability straight away on the basis that there was not enough asbestos exposure. Medical evidence was then obtained and our solicitors decided to start court proceedings. Just prior to the case being heard the Plessey solicitors made a 6 figure offer that Mrs M decided to accept.

This case is another example of an increasing number of claims we have dealt with recently where a small amount of asbestos exposure has caused Mesothelioma. Mr M never worked directly with asbestos and wasn't obviously in contact with those who did, like for example a welder working alongside a pipe fitter. He was an office based electrical engineer who was simply in the wrong place at the wrong time.

On conclusion of the case, Mrs M said:

" I would highly recommend Jennifer Seavor of RWK. My husband become ill with mesothelioma in 2018 and sadly died in 2019. Jennifer called to see us at our home to gather any information she could regarding our claim against my husband's ex employers. She was generous with her time and was always at the end of a phone.

This case was a complicated one and Jennifer dealt with the various problems with speed and efficiency, explaining everything to me in great detail. I shall always remember her kindness and empathy after my husband had died and the way she guided me through that terrible time with such compassion resulting in a substantial settlement. " 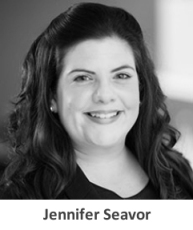 If you have been recently diagnosed with mesothelioma and would like some advice, please call us on the number below and ask for Kathy or Warren