Mesothelioma from Lagging Pipes at The AWE

3 Recent cases - see below for details

The Atomic Weapons Establishment (AWE) at Aldermaston in Berkshire is where the UK's nuclear warheads are manufactured and maintained. It is where we build and maintain warheads for Trident, a submarine-launched ballistic missile. The company has been at the forefront of the national nuclear deterrence programme for more than 60 years and plays a crucial role in the defence of the United Kingdom.

Aldermaston opened on April 1st 1950 as the headquarters of the British atomic weapon programme on the 750 acre site of a former wartime airfield. It is now a sophisticated centre with advanced research, design and manufacturing facilities to provide innovative solutions to our nuclear security and supporting the Continuous At Sea Deterrence (CASD).

Is there still danger from asbestos at The AWE? 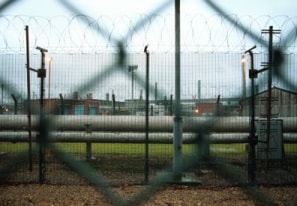 Asbestos was a common construction material in the 1950s and 1960s and was used extensively in the building's structure, boilers and pipes.

The substance can usually be managed safely but if it is disturbed the tiny asbestos fibres can become air-borne and can cause lung diseases including mesothelioma.

In fact asbestos is still present to this day, highlighted by a fire at The AWE in 2010.

A spokeswoman for The Atomic Weapons Establishment confirmed that small amounts of asbestos were found close to the building where the fire took place, but said neither staff nor the public had been affected. ”The asbestos is being dealt with in accordance with established safety procedures,” she added.

Mrs C developed mesothelioma in the Spring 2014. Many years before she had worked in a local laundry. There was some asbestos lagged pipework in the laundry and the laundry also used to take in the overalls for washing from the Atomic Weapons Establishment in Aldermaston.

Mrs C instructed solicitors immediately she was diagnosed but sadly passed away in August 2014 without them having secured any concessions or admissions from the Defendants who were still a live company.

Our specialist solicitors were instructed in October 2014 and they were able to use their knowledge of the working practices of the Atomic Weapons Establishment to show that asbestos contaminated overalls would have been brought in to the laundry where Mrs C worked.

Court proceedings were commenced in November 2014 and the claim was concluded in May 2015 for a 6 figure sum.

Mr J was an electrician at the Atomic Weapons Establishment for many years in the 1950’s 60’s 70’s and 80’s.
He developed mesothelioma when he was 78. He instructed Helen Childs to consider making a claim, because whereas he had no direct knowledge of ever having worked with asbestos (he and his colleagues were never warned) he had not come into contact with it anywhere else.

Helen’s knowledge of working practices at the AWE and access to witness statements from other previous employees was instrumental in ensuring the case succeeded. Mr S described working on wall panels and ceiling tiles and alongside asbestos lagged pipe work.

He also confirmed that when the dangers of asbestos came to be appreciated he and the other trades were instructed to work inside a tented off area to provide other workers with some protection from the dust. Inside the tented area however the dust was very intense, and he and his fellow tradesmen were never given any protective equipment or warned of the dangers.

The case settled in just 3 months for over £150,000. The client and his family were delighted with the settlement, which enabled him to give some financial assistance to his grandchildren and to enjoy doing so. Unfortunately he died just 3 months after settlement.

Mrs O had never worked with asbestos, but her husband spent time working for the Atomic Weapons establishment as a carpenter. He may not have worked directly with asbestos, but because it was widely used at the AWE at the time of his employment, it is highly likely that he worked alongside laggers and fitters. He would return home covered in dust, including asbestos dust, which would have been inhaled by his wife when she washed his work clothes.

Our solicitor, Helen Childs sent numerous letters of claim, including medical evidence and witness statements to the defendants (Treasury Solicitors), all of which were ignored.
It was important to resolve the claim as soon as possible as Mr O need full time care following a stroke.

All correspondence was ignored until the very last minute when the Treasury solicitors finally made an offer to settle the case. This was a full year after they admitted that the AWE were at fault. The settlement made provision for the fact that because Mr and Mrs O lacked the capacity to help the process, which resulted in more work for our solicitors. The family received more than £175,000 in 2013 and their daughter gave the following reference:

We have handled many similar cases over the last decade, so if you, or a family member has worked with asbestos at The AWE, our expert mesothelioma lawyers will be able to help you. Please call on the number below or fill out the form with details of the exposure and we will contact you.