Asbestos was the most regularly used material to create insulation for many years because it had the ability to withstand heat and cold. This was especially the case for pipes which required protection from extreme weather. The pipes were often lagged with a thick layer of asbestos to help maintain their internal temperature and keep them operating properly. 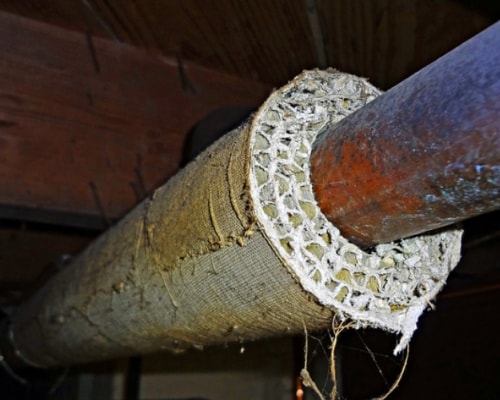 Mr A who had worked as a pipefitter for most of his working life was diagnosed with mesothelioma on the late Summer of 2014 after he suddenly became very short of breath.

In October he instructed our specialist solicitors to pursue a claim for compensation against his previous employers.

Two of these employers could be traced and Court proceedings were commenced against them in the Spring of 2015.

They had previously failed to admit fault after receiving a Letter of Claim in the late Autumn of 2014.

Mr A described exposure to large amounts of asbestos during the course of his working life. He said:

“ the air would often be thick with dust in the boiler houses we worked, as there would be no windows and no ventilation. The dust would be as a result of our work, mixing and applying new asbestos, and/or removing old asbestos ”.

He also described mixing asbestos powder to a paste to lag boilers and pipework after they had been installed. As an apprentice he would often have to sweep up after the work was carried out. He worked in very dusty conditions for more than 30 years.

Medical evidence confirmed that his mesothelioma was as a result of his employment and he pursued his previous employers for compensation. His claim settled for £140,000 within 9 months of our specialist solicitors being instructed.

We have dealt with hundreds of similar cases over the years, especially against the CEGB and large insulation companies such as Darlington Insulation. If you were a pipe fitter and lagger and have been diagnosed with as asbestos disease, call us on the number below and ask for Kathy or Warren.