Mr L was a retired industrial painter and decorator. He was 68 when he was diagnosed with mesothelioma in 2014. He used to work for Ian Williams, a large industrial decorating/ and pipe fitting company in the mid to late 1960s. 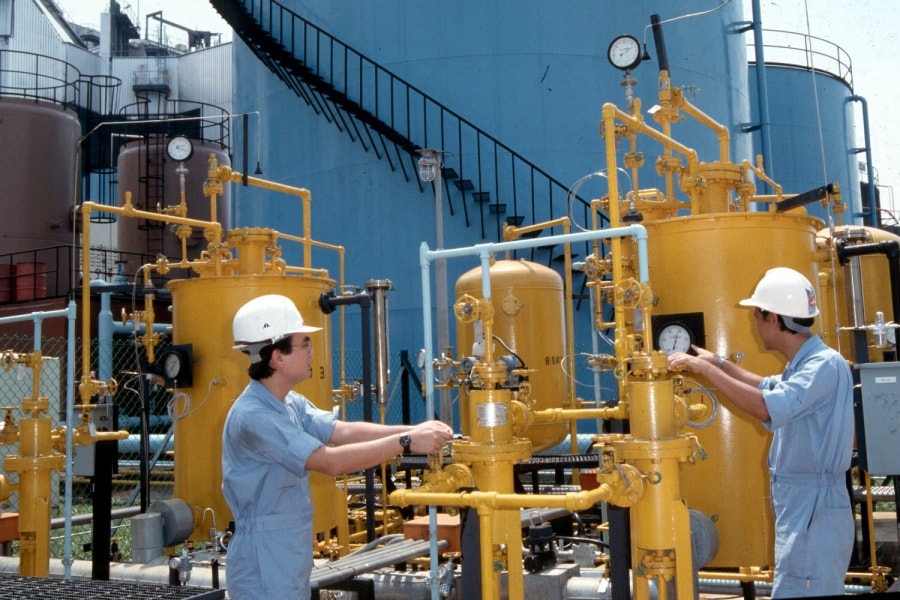 He would often be working in oil refineries or other large industrial locations and described being exposed to considerable levels of asbestos.

This was both as a result of his own work as he had to brush down and clean the pipework before he could paint it and also as a result of welders and pipefitters and laggers who would be working alongside him.

He was never given a mask or any warnings about the dangers.

A formal letter of claim was sent to the defendant company who were still trading and their insurers. They responded by arguing that the level of asbestos exposure was insufficient to be culpable. This was not a sustainable argument so court proceedings were issued in the spring of 2015.

There is a specialist division of the High Court in London which has been set up to deal with mesothelioma claims specifically. Generally, as soon as a defence is received there is a short hearing to review the evidence and decide whether or not judgments should be entered against the defendants. This was precisely what happened within a month of the issue of proceedings.

The claimant then put forward a witness statement to prove the loss that he and his wife had sustained as a result of his mesothelioma illness. These losses were all disputed by the defendant.

Mr L then faced the very difficult decision about whether to press on and look to conclude his mesothelioma claim personally or to allow his wife to conclude it after his death which should result in a higher settlement. This decision was made even more difficult by the fact that he was in constant unremitting and uncontrolled pain until he was admitted to a hospice in the summer of 2015.

They managed to control his pain and to give him a few brief weeks of relative comfort before sadly his condition deteriorated and he died. Even more poignantly he died just a few days before his daughter’s wedding.

Widow takes charge of the case

His widow then took over the conduct of the claim and a timetable was put in place for the claim to be finalised in the spring of the following year. The defendant contested the widow’s right to bring the claim until there was a Grant of Probate, but our solicitors were able to successfully argue that she was entitled to bring the claim as she had been appointed executor under Mr L’s Will.

The defendants then investigated the widow’s own state of health attempting to argue that she had health problems that would have impacted on her life expectancy. The expert evidence did not show this and the claim concluded in April 2016 for in excess of £200,000.

It gave Mr L great peace of mind to know that his widow was going to be entitled to a substantial settlement as he was very keen to ensure that her future would be financially secure. As well as the settlement for his widow we were also able to recover more than £10,000 to represent the care provided to Mr L by the hospice during his last weeks and months.

After his death Mr L’s widow wanted to buy us a gift to thank us for the way we had handled the claim and always dealt with her and her husband sensitively. We asked her to make a donation to Mesothelioma UK instead to support the valuable work they do in supporting others who have been diagnosed with or affected by mesothelioma.