Mesothelioma Claim for Architect exposed to asbestos in The 60s

Mr L worked was an Architect for most of his life and spent time in the early years working in the Chemicals and Plastics division of Distillers Company Limited.

The Distillers Company was formed in 1877 by a combination of 6 whisky distilleries including Haig and Macfarlane. 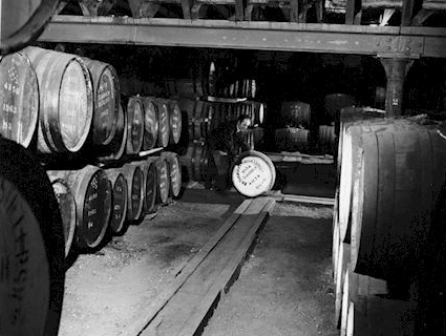 They became a huge FTSE 100 drinks and pharmaceutical company that was bought out by Guinness & Co. in 1986.

Since 1915, Distillers supplied industrial alcohol for making explosives. In 1928 it formed The Carbon Dioxide Co Ltd with
Turner and Newall - a well known asbestos company - for the sale of gas, a byproduct of their operations.

In 1930 the company formed the British Industrial Solvents for production of acids and other solvents from industrial alcohol.

Mr L carried out extension and building design work on several of factories owned by Distillers Company. He recalled exposure to asbestos when he supervised the building of the factories.

He also oversaw the construction of council buildings in Hertfordshire, including schools that still exist today. Asbestos surveys indicated that the schools Mr L could recall working on still contained huge amounts of asbestos even now.

Diagnosed with Mesothelioma in 2016

Mr L developed a bad chest in 2016 and his doctors diagnosed asthma. However the treatment did not work and his cough continued to worsen. He went for further tests and was diagnosed with Mesothelioma. He and his wife were retired at this stage and had bought a large house on the coast. He helped to care for his wife who was poorly with arthritis and was recovering from a hip replacement operation.

Unfortunately, Mr L passed away from Mesothelioma in 2017. Our solicitors started a claim against the company and the council, but neither admitted responsibility for the asbestos exposure. Court proceedings then started and a timetable was put in place to obtain expert engineering evidence. The claim was successful against The Distillers Company, and more than £190,000 was awarded in the autumn of 2018, shortly before a trail was due to take place.

Mesothelioma is a fairly rare form of cancer with around 2,500 new cases diagnosed each year. Most victims of this disease tend to have a history of consistent asbestos exposure over a number of years. However, a relatively small amount of exposure can cause the disease to develop in people such as doctors, nurses and architects.