Turner and Newall started business in 1871 as Turner Brothers and in 1879 changed its name to Turner Brothers Asbestos Company when it became the first company to weave asbestos cloth with power driven machinery. It proceeded to open an asbestos cement plant in Manchester and one its main products was asbestos cement sheets used in the building trade. 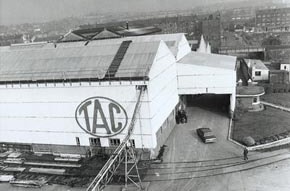 In 1920 it underwent a merger with 3 other companies to become Turner & Newall.

The rising tide of litigation arising from such medical conditions, particularly in the United States, resulted in many companies in the T& N Group being placed into insolvency proceedings on the 1 October 2001 in the UK and US.

Two main funds will be established to pay compensation to those with asbestos-related claims:

As the Turner & Newall Group is insolvent, compensation cannot be paid in full.

The UK Asbestos Trust Fund has been set up under the Company Voluntary Arrangements (CVAs) in relation to Turner & Newall Limited and certain other companies (the CVA Companies).

The EL Scheme Trust Fund will be set up under several Schemes of Arrangement (EL Scheme Companies).

The EL Scheme and CVAs have been approved by those who are entitled to vote on them.

Asbestosis-Compensation does not have any affiliation with the Turners Scheme. However, we can help you to claim compensation if you were exposed to asbestos elsewhere, or if you worked for a company that was subcontracted to Turners - a haulage company for example.

The UK Towns most affected by Mesothelioma

The UK Towns most affected by Mesothelioma