As the health risks associated with asbestos became more widely known, Cape Asbestos closed a number of its UK factories in the 1960s and 1970s, at the same time developing asbestos-free insulation products. Cape Asbestos ceased manufacturing asbestos products in the 1980s and, in September 2002, sold all of its manufacturing operations with the exception of two small operations in Dalton-in-Furness and Abu Dhabi which support Cape's contracting business. 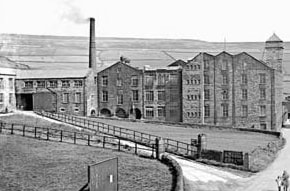 By 1945, Cape Asbestos had begun to diversify into the provision of industrial services. Today, Cape is a leading international provider of industrial support services to the energy sector and is recognised for its health and safety procedures and record.

Services include the provision of scaffolding, insulation, specialist coatings, fire protection, refractory linings and other associated services including asbestos removal both on and offshore.

The Group's historical use of asbestos in its industrial activities has meant that a number of people have been exposed to asbestos and its associated health risks.

The following is an analysis of the UK asbestos-related claims the Scheme Companies receive.

Types of claim - The diseases or conditions commonly accepted as being attributable to asbestos exposure:

(i) Mesothelioma - a fatal cancer which usually develops in the lining of the lungs (the pleura). There is no cure for the disease and it leads to death, usually within 18 months to two years of the symptoms becoming apparent.

(ii) Asbestos Lung Cancer - although the connection between exposure to asbestos and the development of lung cancer is well established, there are many other causes of lung cancer, not least smoking. As a consequence of the number of different causes and some uncertainty about the nature of the connection between exposure to asbestos and lung cancer, there are relatively few claims against the Scheme Companies by claimants suffering from lung cancer.

(iii) Asbestosis - the development of fibrosis in the lungs caused by asbestos dust. Fibrosis reduces the respiratory capacity of the sufferer.

(iv) Pleural Thickening - scarring of the lining of the lung as a result of asbestos exposure leading to respiratory disability.

The net charge to the Group's consolidated profit and loss account (excluding the settlements made in respect of the South African claims and the Shipyard Claims referred to below), was in the Financial Years ended 31 December 2000 £4.4 million, 2001 £3.7 million, 2002 £2.4 million, 2003 £3.8 million and 2004 £3.7 million respectively. With the exception of the claims covered by the South African settlement, the overwhelming majority of claims against the Scheme Companies have been made by persons who were exposed to asbestos in the UK.

Asbestos-related claims will continue for the foreseeable future. With the number of claims and the costs of settlement (in most cases) rising and the possibility of further types or classes of claims being made, it is extremely difficult to predict with accuracy the long-term financial impact of these claims on the Scheme Companies. It is therefore important that the Cape Asbestos Group is able to develop a stronger and more secure financial base from which it is able to generate the funds needed to meet the claims. A number of other companies faced with the same issues have been forced into insolvency, often leaving claimants, where there is no insurance cover, with little prospect, if any, of receiving compensation.

Indeed, if there was a material deterioration in the Group's trading performance or a significant increase in either the number of asbestos-related claims or the quantum of damages the Group had to settle, it is unlikely that, in the absence of further external funding, the Group would be able to continue to meet claims. In those circumstances it is possible that the Cape Asbestos Directors would be faced with no alternative other than to realise the Group's principal assets and to commence the breaking up of the Group.

The scheme only applies to personal injury claims for asbestos related disease caused by exposure to asbestos from Cape's activities in the UK. The purpose of the Scheme is to provide a secure pot of money to meet Cape's future asbestos liabilities while allowing Cape Asbestos to trade profitably and thereby continue to top up the fund to pay claims in full for as long as possible. The scheme protects the Cape group from the threat that it may become insolvent as a direct result of asbestos liabilities. The Scheme therefore directly affects the ability of any asbestos Claimant to take action to enforce payment of any settlement or judgment against any Cape Scheme company or against any of their insurers pursuant to the Third Party (Rights Against Insurers) Act 1930.

Asbestosis-Compensation does not have any affiliation with the Cape Asbestos Scheme. However, we can help you to claim compensation if you were exposed to asbestos elsewhere, or if you worked for a company that was subcontracted to Cape Asbestos - a haulage company for example.

Increase in Government Payment from 80% to 100%

Increase in Government Payment from 80% to 100%