Bowburn is a village in County Durham. For many years the main source of employment was coal mining, with some 2,500 miners employed in 1957. However the coal ran out in the mid 1960s and the pit closed in 1968.

The land was bought by the local council to set up an industrial park and it was here that Universal Asbestos Manufacturing Company built an asbestos cladding factory in 1964, employing around 170 people.

In 1967 the Cape Asbestos Group took over the company and over the following years, the factory was run by a number of different subsidiary companies. The factory closed in 1989 and was demolished in 1993. 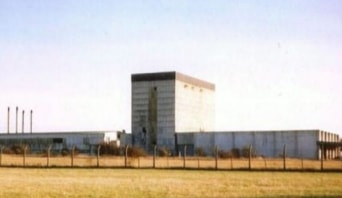 Unfortunately, the local children were not aware of the dangers of asbestos exposure and used to play with the dust.

It has been reported that some children used the asbestos dust to mark out a cricket pitch, other younger children played hopscotch, using lumps of asbestos to mark out the grid.

One child even made a zebra crossing out of the dust.

Local parents describe a scene where asbestos dust - “like tiny little aniseed balls” - covered everything from bushes and flowers to the window ledges of local houses. They had to constant clean the dust from the windows to see out.

A local resident said in a recent interview that the factory usually had the doors open and the asbestos was piled against the fences, not even in containers so it would blow about in the wind and there were no protective face masks given to the workers to protect against the asbestos dust. Another local, who lost her mother to cancer recalls her father returning home from the factory covered in dust which her mother then had to clean up.

The Case brought against Cape Asbestos

Now one of the children, Caroline Wilcock, who lived very close to the factory, has recently developed Mesothelioma. The parent company, now called Cape Intermediate Holdings, has agreed to pay an out of court settlement. Cape has denied liability for her the mesothelioma by stating that as a parent company, they are not responsible for the liabilities of the firms they own.

However, there are exceptions to this and the lawyers representing Caroline are hoping to prove that Cape knew of the dangers of asbestos and that it could cause Mesothelioma. They were also sufficiently involved in the running of the factory that they owed a duty of care. Cape did not accept that they were responsible for the factory at all.

Caroline's lawyers think that the owners of Cape Asbestos did not consider the risk to the people of Bowburn, but perhaps that they should have known better as they was already aware of illnesses among the people who lived close the Cape Asbestos mines in South Africa.

Caroline is thought to be the first person to develop mesothelioma simply from living in the village, but her solicitor thinks it is likely that other Cape factory workers may have contracted asbestos diseases like mesothelioma . . .

” There is also some evidence of increased cancer deaths amongst employees from the factory and amongst their wives who washed their contaminated clothes ”.

Although very few people who have been exposed to asbestos will develop mesothelioma, Caroline's case has left her old village facing an unsettling prospect.