The use of asbestos can be traced as far back as 4000BC when it was used for wicks in lamps and candles.

In 2000 to 3000 BC the Egyptians recognized its unique properties and embalmed bodies of Pharaohs in asbestos clothes to offset the ravages of time.

Evidence since 2000 BC indicates asbestos being used throughout the world in many different ways for every day use, for example, in mats, to strengthen clay pots, table clothes and in cremation clothes.

The last three hundred years has seen a more prolific and innovative use of asbestos with a recognition of the danger of exposure to asbestos and subsequent regulations coming into play over the last hundred years. 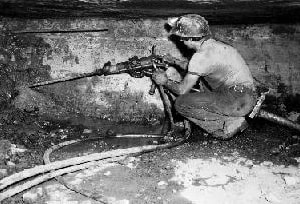 1724: Benjamin Franklin brought a purse made out of asbestos to England. The purse is now in the National History Museum.

1897: Viennese physician wrote that emaciation and pulmonary problems left no doubt that asbestos dust inhalation was the cause.

1913: The first asbestos pipe was developed in Italy.

1931: The first set of asbestos regulations was provided to highlight the dangers of exposure to asbestos.

1932: Report of Inspector of Factories: Prolonged exposure to asbestos dust could cause asbestosis, a fatal disease.

1938: report of Inspector of Factories, ”One of the greatest problems facing the industry today is that of dust”. Report described asbestos as ”highly dangerous”. Drew attention to the possibility of a link between asbestosis and cancer.

1945: Letter sent out by Mr Garrett, Chief Inspector of Factories. Expresses concern in considerable development of use of asbestos during the war years in shipbuilding and ship repairing industries. Various measures recommended.

1969: Professor Wagner's findings resulted in regulations and the virtual banning of blue asbestos in the UK. Now all asbestos use is prohibited in the UK.

1999: The UK banned new use through the Asbestos Prohibitions Amendment regulations.

The Dangers of Asbestos in the Home

The Dangers of Asbestos in the Home