Potential Health risks from the Inhalation of Nano Fibres

Research from Global Industry Analysts predicts that the world nanotechnology market is expected to exceed £18 billion by 2015.

The NanoTechnology Industry develops technology used to manufacture products in new ways, particularly from the healthcare, pharmaceutical and defence sectors. Growth in other markets like electronics, chemicals, semiconductors and automotives is also expected to see strong growth over the coming years.
Nanofibres are currently found in a range of goods from tennis rackets to the wings of aircraft. 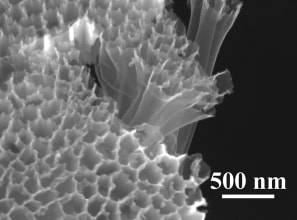 However, researchers have discovered that inhaling nano fibres may lead to similar health issues as inhaling asbestos.

Some of these fibres are similar in shape to asbestos fibres, ie they are slightly longer than the size of the alveoli, the smallest part of the lungs.

If they are inhaled over a period of time, the lungs never quite purge themselves of the fibres which may lead to diseases later in life including lung cancers such as Mesothelioma.

Toxicology Sciences has researched the effects on mice, injecting nanofibres of varying lengths into the lungs. Those larger than five micrometres, tended to become lodged in the lungs and caused inflammation. Smaller nanofibres were cleared from the lungs.

Cut-off point at which NanoFibres could cause Mesothelioma

Professor Ken Donaldson, from The Respiratory Toxicology at the University of Edinburgh, said:

“ Concern has been expressed that new kinds of nanofibres being made by nanotechnology industries might pose a risk because they have a similar shape to asbestos. ”

These tests were important in discovering the cut-off point at which the fibres could cause tumours and diseases like mesothelioma. The results can be used to ensure that safer nano fibres are made in the future as well as assessing the current risks from inhaling asbestos and other fibres.

“ This research is particularly interesting as it gives us an indication of the size of fibre that might lead to mesothelioma if inhaled.
If confirmed by subsequent studies, this minimum fibre length can be cited in industry guidelines to help ensure people are not exposed to the sorts of fibres that may lead to such deadly diseases. ”

For more details, please contact us on the number provided . . .