The need to start a claim quickly after a mesothelioma diagnosis

The life expectancy of a person with mesothelioma is significantly diminished by this condition and they will have a more valuable claim if it is pursued before death.

The claim before death is for “the lost years” with the amount awarded in compensation effectively placing you in the same financial position as if you had not developed the mesothelioma. This sum is based on the person’s normal life expectancy and includes amounts awarded for loss of earnings, the pain and suffering which may be experienced dependent on symptoms, assistance with medical care and care in the home e.g. monies for the installation of stair lifts etc. and funeral costs. All these different heads of compensation are added together to make up the full court award. If the person suffering from mesothelioma is relatively young and / or has a high income, then the total compensation is usually higher than that awarded to an older person or someone on low pay.

However, this head of claim does not survive death. If the claim is not completed while the mesothelioma sufferer is alive, or is only started after he/she dies by close family members, the compensation is worked out differently and will be a reduced amount - see the example below. It is, therefore, imperative that victims’ claims are pursued to a conclusion during their life time. It is important to pursue claims as soon as diagnosed and the key is to start court action quickly.

Claims for Dependants vs Claims for Mesothelioma Victims 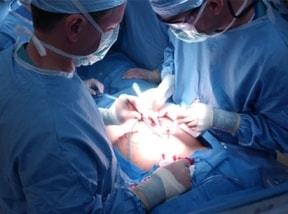 He died just before being able to accept with his son then receiving a reduced amount of around £70,000. He did however at least know that his employers had accepted responsibility which was important to him.

In another case completed in 2013, our lead solicitor made a successful claim for compensation for a retired power station worker diagnosed with mesothelioma after being exposed to asbestos.

Unfortunately his wife was also fighting metastatic cancer and it was imperative that the claim was completed whilst the gentlemen was still alive.

Post humously the defendents would have had to have been made aware of his wife’s poor health which would have decreased the amount of compensation payable. Fortunately the claim was settled in just 5 months and the 81 year old gentleman received over £100K.

Claims for dependants are more valuable than claims for the meosothelioma victim themselves. Therefore it is important to consult an asbestos solicitor as soon as you can after receiving a diagnosis of mesothelioma. The solicitor needs to take full instructions quickly and have appropriate experience to make a speedy evaluation of the claim and to follow it through to a swift conclusion in order to receive the maximum compensation.

How is a person and their family affected by a diagnosis of an asbestos related disease?

How is a person and their family affected by a diagnosis of an asbestos related disease?

New Blood Tests for an Earlier Diagnosis of Mesothelioma

New Blood Tests for an Earlier Diagnosis of Mesothelioma