The results of a trial were presented at the European Lung Cancer Conference recently. The trial used a combination of Immunotherapy with a live bacterium and chemotherapy. This resulted in more than 90% disease control and 59% response rate in patients with malignant pleural mesothelioma.

This compares favourably with the US ‘standard’ care treatment of combining Pemetrexed and platinum based chemotherapy which results in a 30% response rate but a modest impact on survival. 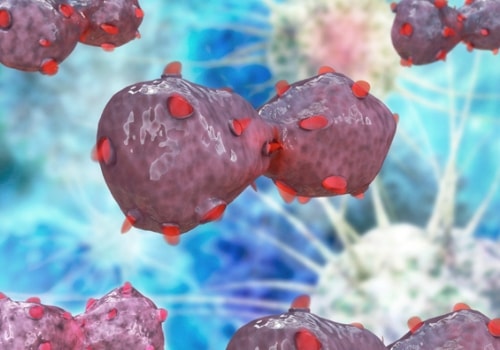 The live bacterium (CRS-207) used in this study was modified to lessen its pathogenic nature and also importantly engineered to express mesothelin - similar to the tumour itself.

The addition of the bacterium to the patient with MPM causes an anti mesothelin response in the body inducing immunity in patients with tumours expressing mesothelin.

The researchers also had some data that indicated that this immune targeting bacterium works well with chemotherapy so combining the two in a first stage clinical trial was a natural progression in the research.

They were identified as not suitable for surgery and were due to receive chemotherapy as part of the management for the disease. During this trial the patients received the immunotherapy treatment (2 CRS-207 infusions) 2 weeks apart; followed by 6 cycles of chemotherapy using pemetrexed and cisplatin 3 weeks part; then a further 2 CRS-207 infusions 3 weeks apart. Patients then received regular CRS-207 every 8 weeks and were followed up every 8 weeks until a time when their mesothelioma was seen to progress.

The researchers commented on the overall safety of the drugs with good patient tolerance and minimal extra side effects when combined with the chemotherapy. Some good examples of immune activation were seen and positive results in terms of response and disease progression. Combining the immunotherapy and chemotherapy showed a median follow up of 9.4 months with the maximum follow up at 28 months. There was an overall 94% disease control rate with 59% of patients having a partial response.

Other researchers in Switzerland have commented on the encouraging findings of this study combining immunotherapy and chemotherapy, noting the improved response rate and longer progression free survival. This supports the thinking that this vaccine would be of benefit to patients with mesothelioma tumours expressing mesothelin and should be further investigated in a randomised trial which will start later in the year.