Asbestos in UK Universities - Are Students at Risk?

Asbestos is present in many UK universities and whilst fully sealed and compliant with all statutory requirements and good practice, it is deemed safe. Many millions of people live or work in UK buildings that contain asbestos in some form. Recent controversy has arisen from students being unaware of the presence of asbestos in the fabric of their student accommodation.

Management of Asbestos in Universities

The Health and Safety Executive, Britain's national regulator for health and safety in the workplace, brought in the most recent regulation specifically around asbestos in 2012: Control of Asbestos Regulations 2012. These regulations require the ‘duty holder’ to have asbestos management systems in place and this applies to all UK university establishments.

The asbestos management plan requires the location and condition of asbestos-containing materials (and those presumed to contain asbestos) within the university buildings on all sites / campuses (including accommodation owned by the university) to be identified and recorded. It must also set out in detail how the risks from asbestos will be managed, and the training requirements for university staff.

Key points of an asbestos management plan include: 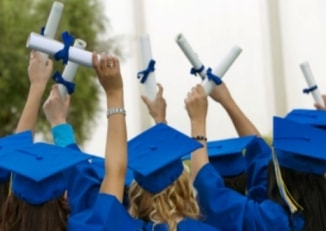 A report in the Guardian last year found that 33 out of 88 UK universities said that their student accommodation contained asbestos. With 2,313 bedrooms, Warwick University had the most bedrooms on campus containing asbestos.

It was estimated that over 17,000 students nationally have been sleeping in university bedrooms which contain asbestos. Many universities do not make it a policy to inform students that asbestos is present. In normal circumstances if the asbestos is sealed and undisturbed this would appear fine.

However, if asbestos fibres are disturbed and released into the air they create a great risk and it would seem a sensible for everybody residing or working in a university setting to know where asbestos may be found so the risk of damage is reduced.

Asbestos removal or management programmes are underway in many educational establishments. An Asbestos Management Survey in 2011 at Manchester University identified 60 university residences which contained asbestos that had deteriorated and needed work. Although the University began a programme which has removed and managed asbestos in 52 residences since 2012, the programme is not due for completion until summer 2014. Eight residences remain that have not yet been cleared of asbestos.

The Health and Safety Executive said in a statement: ”All universities must ensure they have effective arrangements in place to manage the risks so that staff and students are not exposed to asbestos fibres. As long as asbestos is managed in compliance with the legal requirements and according to the HSE's published guidance, there is no significant risk in leaving it in place.”

Asbestos in the Doors at Lincoln University

In 2010 the HSE found that most fire doors at Lincoln University were lined with asbestos insulating material, some of which were damaged and releasing dangerous asbestos fibres. This situation came to light when a lecturer was trapped in a room at the university after the door lock broke. When a colleague managed to release her they noticed debris around the door handle which the University H&S department subsequently identified as asbestos.

The HSE became involved and following an investigation, noted that although the university had an asbestos management plan it had failed to follow it. The university was found guilty of breaching Regulation 5(1) of the Management of Health and Safety at Work Regulations 1999 and subsequently fined over £10K and ordered to pay costs.