New legislation recently passed in Northern Ireland means that people suffering from Pleural Plaques will be able to claim compensation.

This new ruling will take effect from 14 December 2011, with £2.5m already set aside for compensation.

This reverses the House of Lords decision of 2007 in the Johnston v NEI International Combustion Ltd and conjoined cases, which ruled victims could not claim compensation for Pleural Plaques in the UK.

On 12th October 2011 Legislation for Pleural Plaques compensation in Scotland was challenged by insurers at the UK Supreme Court, which rejected their claims that the legislation infringed their human rights and was outside the competence of the Scottish parliament. 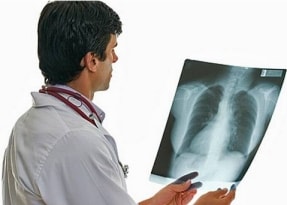 ” The challenge to the corresponding legislation in Scotland cast a long shadow and I fought hard to get the Northern Ireland legislation through the assembly and submitted for royal assent. However, I always believed that the policy objectives of the act were just and fair and that belief has now been vindicated by the ruling of the UK Supreme Court in relation to the Scottish legislation. ”

The Minister continued ” The 2011 act may be short and targeted, but it is a vitally important act, which seeks to ensure the continued availability of a method of redress for ordinary working men and women. ”

The announcement was welcomed by Unite, Britain's biggest union, who called for an end to the denial of Pleural Plaques compensation in England and Wales.

” It is great news that our members in Scotland and now Northern Ireland can be compensated for developing the asbestos related condition, pleural plaques. However, workers in England and Wales are left in the cold and have no rights to claim compensation for being exposed to asbestos due to the negligence of their employers.
This segregation must end. It is time the government woke up to the fact that exposure to asbestos is a serious health and safety issue, and only by the fear of litigation can the excesses of irresponsible employers be prevented. ”

The news was also welcomed by Mark Durkan, the SDLP Foyle MP who lobbied at Westminster for the reversal of the Law Lords decision of 2007. He said

” I warmly welcome this new legislation coming into force which will see pleural plaques reinstated as an actionable condition. I also commend the Executive for putting aside £2.5m for claims. Victims who suffer with the condition caused by negligent exposure to asbestos have waited long enough for justice, ”

If you have recently been diagnosed with Pleural Plaques in Northern Ireland or elsewhere in the UK and would like some advice, please call us on Free Phone: 0800 923 0046 and ask for Kathy Cooke or Warren Miller