A 27-year-old woman who is said to be the youngest recorded sufferer of a rare asbestos-related cancer (mesothelioma) suspects she got the disease by taking a shortcut to school through a factory yard. Leigh Carlisle believes she developed mesothelioma after walking to primary school through a factory yard where asbestos was cut. Leigh, of Failsworth, Greater Manchester, said:

“ I used to take a shortcut across a yard on my way to primary school. I know that men working there cut asbestos sheets and handled asbestos materials in the yard, but I had no idea that by walking through the yard I could have inadvertently got cancer. ”

Leigh, who was diagnosed with the disease after suffering from severe abdominal pains, said:

It took several years for doctors to diagnose me with mesothelioma. I was passed from pillar to post between various hospitals until they realised what was wrong with me. 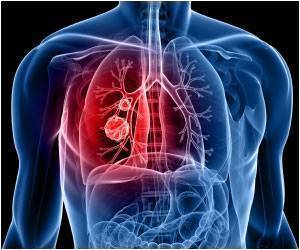 Now Leigh is keen to raise the profile of mesothelioma, which attacks a thin membrane coating the lungs and abdomen and is one of the most aggressive forms of cancer. Leigh, who has recently completed an MA in marketing, has welcomed an announcement by the Department of Health that they intend to organise better NHS services for sufferers.

“ We are aware of a growing number of people who have developed mesothelioma after being not usually associated with heavy exposure to asbestos - including teachers, hospital staff and family members exposed to asbestos dust on their loved one's work clothes. ”

It is estimated there are about 2,000 deaths a year from mesothelioma in Britain. This number has doubled since 1992 and is predicted to rise further. Despite the use of asbestos being banned in Britain, past exposure to the mineral fibre means this number has not yet reached its peak. In the majority of cases, this form of cancer takes between 20 and 50 years to develop after contact with asbestos.

Once diagnosed, patients usually survive for only up to 12 months. Prof Julian Peto, of Cancer Research UK, has called the use of asbestos in Britain an ”extraordinary industrial error”. He believes 90,000 more people will die from the disease in Britain and a further 90,000 from other lung diseases related to asbestos exposure. He claims mesothelioma has already killed twice as many people as cervical cancer and those at risk are people born in the 1940s who worked as carpenters, laggers, shipyard workers, metal workers, electricians and in other areas of construction.

If you have been diagnosed with mesothelioma and would like some advice, call us on the number below:

Increase in the number of Mesothelioma Cases in The Irish Republic

Increase in the number of Mesothelioma Cases in The Irish Republic