the impact of mesothelioma on women

Mesothelioma is a fairly rare cancer that is linked to asbestos exposure. The death rate from this aggressive cancer has been static for a number of years at approximately 2,500 cases each year. However, the ratio of male to female victims has shifted over the past few years - 1 in 6 confirmed deaths from mesothelioma are women. 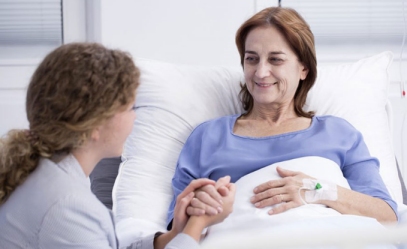 There are a number of reasons for this:

From the 1950s more woman left home and found employment, this increased through the 1960s and 70s.

However, many women who have been diagnosed with Mesothelioma or other forms of asbestos conditions simply have no recollection where any exposure to asbestos may have occurred.

Even if they worked, there is less chance that they worked directly with asbestos in fields such as pipe fitting or heating and plumbing.

Another indicator of asbestos exposure in females can be found in the number of applications for Industrial Disease Benefits over the years. This is a benefit payment only paid to workers who have had exposure to excessive levels of dust, chemicals or noise.

Statistically there were just over thousand applications for Industrial Disease benefit in 2017, of these only just over 200 were female. If this data is used in conjunction with deaths from mesothelioma during the same period, it shows that around 83% of males could identify the source of work related asbestos exposure, compared to around 57% of females.

Within this 57%, women find it more difficult to claim asbestos/mesothelioma compensation than males. This is because men tend to work in areas traditionally associated with asbestos use, such as plumbing, electricians or ship building. Women tend to be employed in areas not known for asbestos exposure - teaching, nursing and clerical work.

We have taken numerous cases where women have been exposed to asbestos by washing their husband's clothes - known as secondary exposure. It became lawful to claim in this way from 2005 following a high profile case that argued that by the mid 1960s, employers were duty bound to stop their workers from returning home with asbestos dust on the work clothing. However, these cases were usually unsuccessful if taken to The High Court, until 2019 with the case of Carey v Vauxhall Motors.

Mr Carey was exposed to asbestos when he worked as an electrician at Vauxhall between 1973 and 1979. Most exposure occurred in the summer months, when the plant would close for maintenance work. The company did not launder the clothes of the work-force, so Mr Carey would take his work clothes - often covered in asbestos dust - home to be washed.

During the trial, the Vauxhall insurers argued that the exposure to asbestos was trivial and did not give rise to a foreseeable risk of injury to either Mr or Mrs Carey. However, the Court accepted the evidence that the exposure to asbestos dust was “significant and not de minimis”. During the mid to late 70s “there was still a considerable amount of asbestos in the Dunstable factory”. In fact, one witness describing the factory as “held together” with asbestos.

The Defendant conceded that it knew that exposure to more than trivial amounts of asbestos gave rise to a risk of injury in the case of Mrs Carey and admitted liability. This case was viewed as a landmark case for women with secondary asbestos exposure from laundering their husband's work clothing.

The Gendered Experience of Mesothelioma Study

Mesothelioma UK has recently launched a collaborative study of the experience women have in terms of awareness of mesothelioma cancer, access to treatment and the legal processes available, including compensation for the disease. The study is called "The Gendered Experience of Mesothelioma Study (GEMS)" and is funded by a variety of hospitals, charities and firms of specialist solicitors, including ours at Royds Withy King.

The study will explore the different experiences of men and women with mesothelioma, to establish how all services should be delivered to maximise the benefits to both men and women.

It is hoped that the investigation into women’s experience of the diagnosis and treatment of mesothelioma could result in improvements for all. The publicity generated by the landmark Carey case and studies like GEMS will certainly be of benefit to current and future victims of mesothelioma who are pursuing a claim for compensation.

Currently, the only way to take advantage of the expensive immunotherapy treatment is to use the money from a compensation claim to fund it. If you would like any advice on whether you may be eligible to make a claim, please call Kathy or Warren on the number below.