Cardiff University scientists have recently conducted a clinical trial on patients with mesothelioma. The trial combined the standard chemotherapy drugs with a cancer vaccine called TroVax. 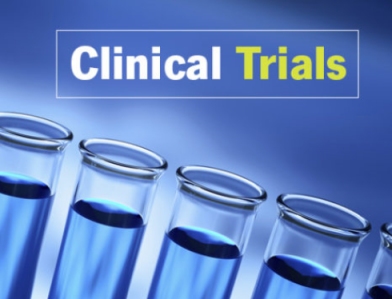 The vaccine was created in a laboratory to target a human protein known as 5T4, a form of which can be found in most mesothelioma tumours including Sarcomatoid - the least common cell type.

Sarcomatoid mesothelioma has less treatment options than other mesothelioma cell types and those with this form of the cancer have the poorest prognosis.

TroVax is a cancer vaccine being developed by Oxford BioMedica. It has been studied in a number of trials for colon cancer

In the trial more than 17% of patients found their tumours were reduced and there was a response to treatment of 87%. This is more than double the rate of a previous study done without the TroVax vaccine.

Of the 23 patients who received at least three doses of TroVax, 22 developed a humoral or cellular immune response.
This was well beyond the targeted response rate of 64 percent. All three patients with sarcomatoid mesothelioma showed an immune response.

“ This was a proof-of-concept study, and we proved it. We were able to demonstrate the response.We don’t know yet the clinical impact or what it could be. ”

The vaccine was injected before chemotherapy

The study was conducted at the Velindre Cancer Center at Cardiff. The patients had locally advanced or metastatic mesothelioma, and had an average age of 66. They were eligible for 9 intramuscular injections of the drug. The first injection came two weeks before chemotherapy - a combination of Cisplatin and Pemetrexed (Alimta) - began and continued at regular intervals.

The average time than the disease did not get worse was 6.8 months after the trial. The average overall survival was 10.9 months.

Only 16 patients received all nine injections. The reasons for stopping the trial before all 9 injections included death,
adverse effects, disease progression and opting for surgery instead.

8 of the patients were still alive after 24 months, a percentage that exceeded previous studies using only chemotherapy.
However, 15 patients died within 14 months of starting the trial.

Improving The Effectiveness of Chemotherapy

Chemotherapy is still the only treatment for mesothelioma that has FDA approval but scientists are constantly investigating new techniques and combination therapies to improve the effectiveness of the treatment.

There have very promising tests with immunotherapy agents especially when combined with chemotherapy. A couple - Keytruda and Opdivo - have now been approved for certain cases of lung cancer. However, their success in treating mesothelioma has been limited. More testing of TroVax has been encouraged but details for another trial are still pending.