The United Kingdom has the highest mesothelioma incidence in the world, more than twice that of The USA, Germany or France. It currently stands at 37.8 per million per year. 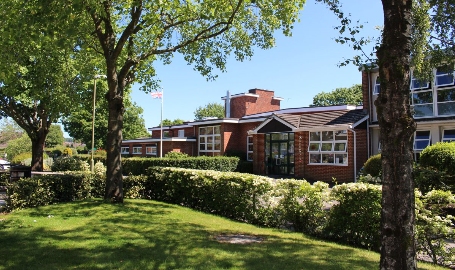 A recent report by the Medical Research Council found that background asbestos levels in schools are between 5 to 500 times greater than outdoor levels.

In 2011 the Supreme Court accepted the Industrial Injuries Advisory Council’s definition of a “significant” exposure as being “a level above that commonly found in the air in buildings and the general outdoor environment” and that an exposure above that would materially increase the risk of mesothelioma developing.

Both it and the government’s advisory committee on science also accepted the expert medical, epidemiological and legal opinion that “there is no known threshold exposure to asbestos below which there is no risk.”

More than 75% of the 33,600 state schools in the UK contain asbestos. The asbestos fibres are harmless unless they are disturbed, but children are likely to be in contact with dust from poorly maintained asbestos lagged pipes and asbestos insulating boards.

In 1987 it was found that slamming a door five times released levels of amosite fibres more than 600 times greater than background levels, despite the fact that the asbestos insulating board panels around the door were in good condition. No warning was issued to the thousands of other schools with potentially the same problem, the release of asbestos fibres continued.

Similar research in 2006 estimated 800 times more asbestos from slamming doors, with other tests showing that asbestos is released from removing books from cupboards and using drawing pins to display work. This is all common practice and has a cumulative affect on teachers and pupils which may result in a mesothelioma diagnosis in later life.

How many teachers have died from Mesothelioma?

228 teachers have died from Mesothelioma in the UK, with more than 140 recorded deaths in the last 10 years. It is not known how many janitors, maintenance workers, cleaners and admin staff have also died. There is also little data on the number of children who have died as a result of exposure to asbestos at school. However, recent studies in America have estimated that for every teacher who dies from mesothelioma, 9 children may also die. That would mean that more then 100 people die every year in the UK as a result of exposure to asbestos when they were at school.

The Department of Health's Committee on Carcinogenicity is currently assessing the vulnerability of children to asbestos as their bodies are still developing, which may make their lungs more vulnerable. Children aged 5 exposed to asbestos at school are more than 5 times more likely to develop mesothelioma by the age of 80 than a 30 year old teacher as the disease will have longer to develop.

Everyone attends school, so the numbers facing potential exposure are much larger than in any other workplace. Although it is known how many teachers have died it is not known, because of the long latency, how many children have subsequently died. The teachers’ deaths are therefore the tip of the iceberg.

What have politicians said about asbestos in school buildings?

A new cross-party Parliamentary campaign has been launched to tackle the problem of asbestos in Britain’s public buildings Conservative MP David Morris said that the new focus on public health due to the covid-19 crisis should also ensure that the government rethinks it's approach to asbestos. He said:

“ Around 80% of these schools and 94 percent of these hospitals contain asbestos. Teachers and nurses are subsequently 3-5 times more likely to develop mesothelioma . . . When the country’s schools reopen, teachers and school children will wander right back into the line of fire. Asbestos kills teaching staff at a rate of around 20 per year, which doesn’t even begin to cover caretakers and administrative staff. NHS workers currently moving at breakneck speed around packed wards up and down the UK are largely unaware that absent the Coronavirus they are risking their health just by being in their place of work. ”

“ Our Prime Minister, Boris Johnson, has rightly pledged to put public health first as we emerge from this phase and begin to meet the ‘five tests’ for recovery. But as we do so we must not let other threats to public health and safety simply fade into the background of public concern . . . For decades, the UK has to all intents and purposes ignored the public health impact of asbestos, another silent killer that is the leading cause of the terminal lung disease mesothelioma, and the UKs number one cause of occupational death . . . Asbestos related diseases account for around 10,000 deaths per year, if we include the fatalities of those aged over 75, which are inexplicably omitted from official figures. A statistical practice that would be unimaginable in accounting for Covid-19 deaths. ”

There is no policy to completely remove asbestos from public buildings although The Department Education has £7.4 billion to improve schools and The Department for Health has put in £4.8 billion to upgrade hospitals. 'Expert' advice from the Health and Safety Executive states that if asbestos is unlikely to be damaged or disturbed, then it is best managed in place and its condition monitored. Asbestos is only removed when it is the safest course of action.

Respublica Think Tank director Philip Blond described the government approach as “complacent.”
He said: “They have no way to assess ambient exposure and no response to rising deaths or acknowledgement of them. The replies show they are out of date - and reliant on the HSE which is very poor on asbestos.”

Asbestos in the Home