Danielle Smalley has concluded that this is the only way should could have been in contact with asbestos as her parents did not work with it - they run an alarm fitting business, nor was it found at their home. Occasionally there can be secondary exposure to asbestos when the father returned from work with asbestos on the clothing which may then be breathed in by other family members. 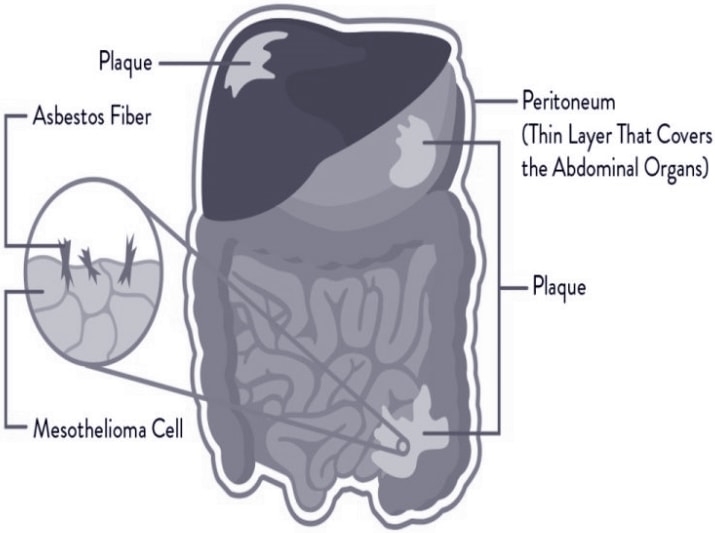 The doctors at Frimley Park Hospital, Surrey who treated her believed that the asbestos was in her body for around 20 years
before she was diagnosed with peritoneal mesothelioma in April 2017. Initially the doctors were not sure she had and diagnosed irritable bowel syndrome. They thought this was causing a blockage in her stomach, which they tried to remove in January 2017.

The medics then found numerous cysts and tumours behind her bowel, growing on the stomach lining (peritoneum). This form of mesothelioma cancer is very rare, especially in one so young - in fact she is of one of three similar peritoneal mesothelioma cases in the country since 2009.

Danielle needed to have eggs from her ovaries frozen before revolutionary hot chemotherapy because the new treatment will leave her infertile.

Before the operation she commented:

“ It’s been such a shock. I didn’t even know what asbestos was. The type of mesothelioma I have means I’ve ingested it. I could have eaten something at a friend’s house, or in an old shed in the park. ”

“ I’m really scared. Am I going to survive? Am I going to be able to have children? Having children isn’t something I thought I’d have to consider at this age. I’m glad I have enough time to freeze my eggs and have that option. ”

She has since had the operation during which she was opened up from her chest cavity to pubic line so that the mesothelioma cancer could be cut out. She also had the hot chemo treatment where heated drugs filled her abdomen. Her entire stomach lining was also removed and her bowel rearranged and kept in place using healthy tissue from her diaphragm.

Amazingly, in December 2017, Danielle was declared cancer-free and has continued to amaze her doctors as they had
never performed that surgery on someone so young. She will need annual check ups to make sure that the asbestos
fibres that remain in her abdomen do not cause any further damage.

If you have any questions about claiming for mesothelioma or other asbestos conditions, you can contact us by either calling the Freephone number below or filling out the claim form or call-back form. For a quick reply, you can use our live chat facility to type in a question and we will respond straight away