Civilian Workers at Plymouth Dockyard have received over £35m in asbestos compensation from Ministry of Defence. 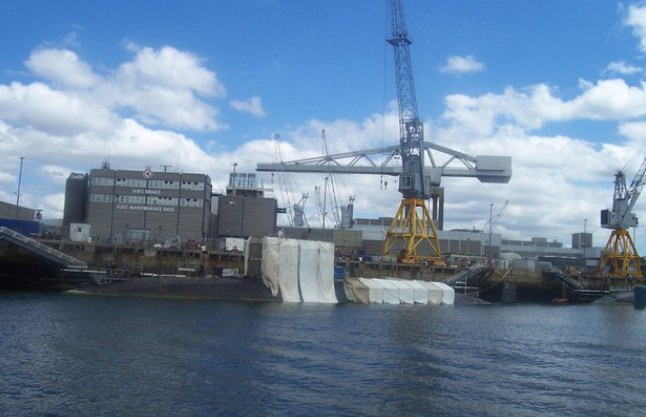 Asbestos was regularly used on ships and in shipyards. Due to poor health and safety precautions in previous years, many workers have been exposed to the substance and subsequently developed asbestos-related illnesses.

These range from the relatively benign pleural plaques to the more devastating mesothelioma.

In 2011, the International Maritime Organization banned any new installations of asbestos containing materials on ships but shipyard workers across the world may still be at risk from asbestos contained in older ships.

In addition there is no guarantee that all companies in every country will comply with this ban and some may, even now, be including asbestos in their ship building programmes.

The impact of asbestos contamination on shipyard workers is only too evident at the Devonport Dockyard operated by Ministry of Defence (MoD) in Plymouth. Lack of health and safety precautions in previous years led to many shipyard workers developing asbestos related illnesses with many dying of mesothelioma. A Freedom of Information Act recently revealed that the MoD paid out over £35million to affected workers and/or families at the Devonport Dockyard. Between 2001 and 2006 just under £16million was paid in compensation and in the years 2006 to 2013 the MoD paid out over £19million to 273 defendants in compensation for case settlements for asbestos related illnesses. The highest amount paid to a victim by the MoD was £719K.

Can civilians and armed force personnel claim asbestos or mesothelioma compensation from the MoD?

It is important to differentiate between a civilian worker at a ship yard e.g. a building contractor, and a member of staff employed by the MoD as the compensation process for asbestos related diseases is very different.

Under the current legal system, any Armed Forces personnel exposed to asbestos before May 15th 1987 are not able to claim compensation from the MoD (if asbestos exposure happened during service) as this was before crown immunity was lifted. Military personnel are paid ‘compensation’ in the form of a war pension if they suffer from an asbestos related illness attributable to their work.

Conversely a civilian worker is able to instruct a solicitor to act on their behalf and make a claim for compensation from the MoD. It is important to instruct a solicitor who is experienced in bringing successful asbestos or mesothelioma claims against the MoD to ensure maximum compensation is achieved and the claims process happens quickly and with the least distress to the victim and their family.

We have two cases recently completed by our lead solicitor who built successful mesothelioma cases for clients against the MoD.

Click to read examples of our most recent successful claims against the MoD.

If you would like advice on claiming such compensation from the MOD please contact us using the details below.

*Main Image: Trafalgar Submarine at Devonport Naval Dockyard by Lewis Clarke is licensed under CC BY 2.0