Families of workers who have died from mesothelioma, launched a crucial High Court battle yesterday with insurers who say they are not liable to pay compensation.

The nine week hearing is aimed at settling a fierce legal debate over the point in time when insurers’ liability is “triggered” in respect of mesothelioma, which may take 30 years or more to develop. Thousands of families of workers who have already died and others who may contract mesothelioma in the future are awaiting the outcome of the test case.

It is estimated that about 2000 people in the UK will be diagnosed with mesothelioma this year and tens of thousands will die of the disease during the next 10 to 15 years. Asbestos was widely used in shipyards, building construction and other industries from the early 1950s until the 1980s, before being finally banned in 1999. The plight of the victims and their families is expected to cost the insurance industry many millions of pounds in the years ahead.

The legal issues facing Mr Justice Burton over liability for exposing workers to asbestos dust are complex. Asbestos was widely used in many industries between 1950 and the early 1980s and was finally banned in 1999. But mesothelioma can take 40 or more years after exposure to develop. 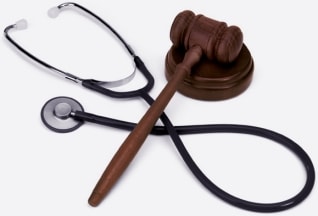 Many employees worked for several companies during their careers and many of these companies may be now ceased trading. When a mesothelioma victim claims compensation for the disease, the practice of the industry for decades has been that the insurer providing the cover at the time of the exposure to asbestos would pay the claim.

However, recently several insurers have refused to pay out, arguing that the wording of the original insurance policies that they sold to employers decades ago meant something different from what they originally accepted that it meant.

Now, the insurers argue that the trigger for the insurance policy to respond to a claim is not the exposure to the asbestos but the development of the disease itself. Some insurers have become insolvent and are dependent on government compensations schemes and reinsurers for funds.

In one of six leading test cases, the family of steel erector Charles O’Farrell, who died in 2003, have won a court judgment for £152,000. But Excess Insurance, which insured Mr O’Farrell’s now-defunct employer Humphreys & Glasgow, is refusing to pay up before the courts have ruled on the legal issues.

In the past, insurers have met the majority of mesothelioma compensation claims.

But they are now citing a Court of Appeal ruling won two years ago by insurers of occupiers’, rather than employers’, liability to the effect that the trigger is pulled when mesothelioma develops and not at the time of exposure to asbestos.

“ What’s at stake here is millions of pounds which should be used to compensate asbestos victims and not pocketed by the insurance industry. It is a sickening scenario and we will fight every step of the way to see that insurers are not allowed to pass the buck and dodge their liabilities ”

“ It’s important to us that we win this test case, not just for our family but for all those families, now and in the future, who will be devastated by this awful disease. My Dad died a painful death due to mesothelioma and watching him go through it was agonizing for all of us. But now our grief and sorrow is being dragged out and made worse by the insurers who we feel are doing all they can to get away without accepting any responsibility. We will not be able to move on with our lives until we have finally achieved justice for my dad. ”