Pinewood Studios is at the heart of a £150,000 High Court case brought by the widow of a scenic painter who died from an asbestos-related cancer (mesothelioma) . Ronald Sharp worked on Goldfinger and the Carry On movies among other classics from the 1960s and 1970s when asbestos was used as a fire retardant and lagging in pipes. According to the writ issued by his widow, Barbara, he was exposed to the deadly dust while working next to carpenters who cut up the asbestos boards that lined the sets.

Mr Sharp, who was employed by the Buckinghamshire studios, died in 2004 aged 59 from mesothelioma, a lung cancer that is caused by asbestos. Mrs Sharp’s writ says that his employer breached regulations on providing protective equipment and keeping an environment free of asbestos dust. 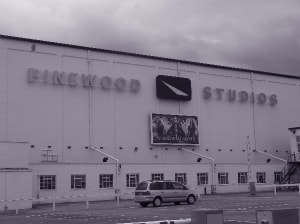 “As a scenic painter, he worked right next to the carpenters who cut up the asbestos boards, but he was never given any protective equipment to stop him inhaling the deadly dust. I never expected to lose my husband so young. No amount of money will bring him back, but I will fight to ensure that his former employers, who exposed him to the asbestos that killed him, should be made to pay full compensation. ”

“ Before his death, Mr Sharp recounted to me his days as a scenic painter at Pinewood Studios. He showed me scenes from the movie Goldfinger, freeze-framing them to point out the actual piping lagged with asbestos in certain scenes. For innocent victims like Mr Sharp, mesothelioma is a tragic illness caused by the negligence of their employers. ”

The claim is against Rank Film Productions, owners of Pinewood when Mr Sharp was working there. Pinewood Studios, now a listed company, declined to comment, but a spokeswoman for Zurich UK Commercial, Rank’s insurers, said:

“ Rank Film Productions ceased trading in 1989. Our solicitors are working through the process of the claim. They have recently been notified. Mesothelioma is a very unpleasant disease. Our sympathies are with the family. We will try to deal with the claim as swiftly and efficiently as we can. ”

The writ details the apparent breaching of regulations under the Factories Act 1961 and the Asbestos Regulations 1969.

Mr Sharp was a member of the trade union Bectu, which is supporting the mesothelioma compensation claim. Bectu is now trying to track down other technicians who worked at Pinewood in the 1960s and 1970s and who may also have been exposed to asbestos. The number could run into thousands as asbestos was commonly used around and in film and television sets.

The number of people who are seeking advice on asbestos is increasing but, because asbestos-related diseases normally only become apparent 20 to 50 years after exposure, it can be difficult to establish when and where exposure occurred.

If you have been diagnosed with mesothelioma within the last 3 years and would like some advice, call us on the number below: