Mesothelioma Deaths to Peak in 2015

The number of cases of mesothelioma affecting workers exposed to asbestos before the 1980s has yet to reach its peak, senior doctors have warned. The disease - a malignant tumour of the lung lining - now kills more than 1,800 people in the UK each year. But doctors, writing in the British Medical Journal, said a peak in the mesothelioma epidemic was not likely to happen until 2015 at the earliest.

They noted that the time between first exposure to asbestos, from sources such as insulation and building materials, and people falling victim to mesothelioma was ”rarely less than 25 years and often more than 50 years”.

This means that thousands exposed to asbestos before regulations were tightened in the early 1980s are likely to be struck down by the cancer in the future, creating a potential timebomb in the mesothelioma disease. 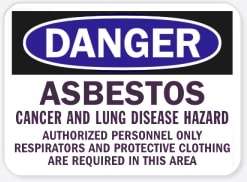 The doctors, including Prof Tom Treasure of Guy's Hospital in London, wrote:

The epidemic in the United States has probably peaked because of earlier awareness and action on asbestos imports. ”Many countries are seeing the rising tide of an epidemic, and all doctors need to know how to recognise and diagnose the disease and what treatments are available”.

Radical surgery can be used, described by the doctors as ”a horrible disease”, but they said trials were needed to give people more confidence in their treatment. ”Irrespective of whether radical surgery will be considered much needs to be done in the care of these patients”.

The diagnosis of mesothelioma should be made early and efficiently. Without it we cannot have meaningful discussion with the patient or plan treatment, and the patient's legal position in terms of compensation remains unclear. The doctors said there was nothing to be done now to prevent the cancer in people exposed during the 1950s, 60s and 70s.

If you have been diagnosed with mesothelioma and would like some advice, call us on the number below.