A landmark ruling by a panel of the Supreme Court, the UK’s highest court, provides clarity and consistency for families of thousands of mesothelioma victims claiming compensation after their relatives died from asbestos exposure in the workplace. 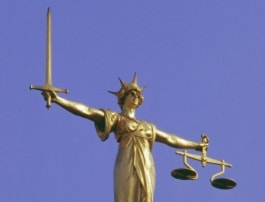 Previously there has been confusion as to when the insurance liability begins – when the person was originally exposed to the asbestos fibres or when the disease developed. In some compensation cases different insurance companies were on cover for the employee at these times due to the long latent period before asbestos related diseases manifest themselves.

Relief for Thousands of Mesothelioma Victims

This legal battle has been running for more than five years – in 2008 the High Court deemed that the insurers on cover at time of asbestos exposure were liable but 2 years later the Court of Appeal deemed liability in some cases to be when symptoms of the asbestos related disease developed. This led to confusion and uncertainty for many claimants.

Yesterday’s landmark ruling should provide much needed relief for thousands of mesothelioma victims and their families whose mesothelioma claims may have been on hold pending the outcome of this landmark case.

If you or a family member have been exposed to asbestos fibres in the workplace and have subsequently developed mesothelioma you may be able to make a claim for compensation. Contact our specialists who will be able to provide expert advice on the claims process.