Mesothelioma Trends and Survival In Ireland

Mesothelioma cases have been increasing in The Republic of Ireland despite the fact that all asbestos use was completely banned in 2000 following the introduction of legislation by the European Union. Asbestos is still present in many Irish buildings, but there have been very few studies on instances of mesothelioma or survival rates in the country.

Between 1978 and 2002 there was a study carried out across Europe which grouped Ireland with the rest of the UK.
The study found that rates of Mesothelioma were highest in the UK and Ireland with 18.2 cases per million per year, compared with 12.1 in Central Europe, 11.4 in Southern Europe, 10 in Northern Europe, and 3.3 in Eastern Europe. 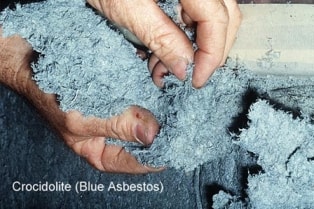 The study showed that the rates of survival were lower in the UK – after 1 year 31% survived, compared to upto 48% in other regions of Europe.

More recently, analysis has been carried out by The National Cancer Registry, Ireland (NCR), to provide a more comprehensive assessment of Irish mesothelioma cases between 1994 and 2009.

This data includes information about occupation, gender, age at diagnosis, post-diagnosis survival rates, histological type and the stage of the mesothelioma.

The results of the study

The median rate of survival from initial diagnosis was 197 days in males and 253 days in females.
The breakdown in terms of age is as follows:

Comparisons with other European Countries

There was average of 5.34 cases per million during the period, this is higher than some European countries over the same period: Spain - 4 cpm, Poland - 4 cpm. It is lower than others: Sweden - 12 cpm, France - 10-13 cpm, Norway - 16 cpm and is significantly lower than Great Britain which had instances of 30 reported mesothelioma cases per million.

The marked difference between cases in Ireland and GB is explained by the amount of asbestos that was imported. In Ireland there were over 8,000 tonnes of asbestos imported in 1980, this compares with nearly 140,000 tonnes imported into Great Britain in 1975.

The sustained importation of asbestos into Ireland through the 90s has meant that there has been a rise in the cases of Mesothelioma. This is a similar to other European countries where cases have continued to rise after a ban on asbestos imports. There was a rise in the cases in patients over 75 from 17% to 28%, but a fall in cases from people under the age of 55. It is likely that the incidence of Mesothelioma cases in Ireland will peak over the next decade and as most cases occur in patients who are over 55, this will have an increasing impact on future healthcare planning.