Victims of Mesothelioma to get £350million in compensation

Mesothelioma can take several decades to develop and can be triggered by a relatively small amount of asbestos exposure. Around 2,400 people die each year from the disease and some simply have no idea when or where they were in contact with asbestos. Some may have been exposed to asbestos in their teens or early twenties and have not been in contact with it since. Others may have worked for companies that ceased trading decades ago. Under these circumstances, it may not be possible to find an insurer or anyone to bring a claim for mesothelioma compensation against. 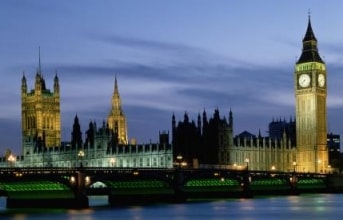 Until recently, they would only be entitled to a relatively small amount of government money, this generally does not exceed £20,000. That is now set to change as a larger pot of government money will be made available. £350 million will be available over the next decade for victims who were diagnosed with Mesothelioma after 25th July 2012.

Under the new fund, claimants should be entitled to receive about £115,000. This is around 75% of the average settlement paid out in civil actions relating to mesothelioma.

Victims will still have to demonstrate that they were exposed to asbestos at work and are unable to claim compensation because they cannot track down a liable employer or insurer.

How many claimants will qualify?

The government has calculated that next year (2014), about 900 people are likely to qualify for this form, with around 300 mesothelioma victims eligible each year for government assistance from 2015 – 2024.

It is hoped the first payments will be made in July 2014, but this is based on the assumption that the Mesothelioma Bill, which is currently before Parliament, is passed in the next few months.

According to a Work and Pensions Minister:

” This scheme represents a major breakthrough for the many victims of this terrible disease, who have been failed by successive governments and the insurance industry for decades . . . It will end an injustice that has left many tragic victims and their families high and dry . . . . The aggressive and terminal nature of this disease, coupled with the fact we're approaching a peak in cases in the coming years, makes it imperative that we get this legislation in place as soon as possible. ”

Controversy over the cut-off date

There has been some controversy around the issue of the cut off date of 25th July 2012 and ministers have expressed anger that that those diagnosed before this date will not be eligible to claim under the scheme. The officials have defended this by saying that there simply will not be enough funding to compensate everyone diagnosed with mesothelioma who cannot find an insurer to claim against. Victims of other asbestos related diseases will also be excluded.

But it said the cut-off point seemed ”arbitrary and harsh” and some victims felt it was unfair that they were not able to claim 100% of the value of a civil settlement.

The scheme will be paid for by the insurance industry. All insurers will have to register on a voluntary database established in 2011 listing employers' liability insurance policies, both current and historic.