Mesothelioma responsible for the deaths of several famous people

Most people over the age of 40 have been exposed to asbestos to some extent, either at work, school or home but it is not usually considered a health risk unless the asbestos fibres are free and subsequently inhaled.

The highest levels of exposure to asbestos occur in industries like construction and pipe lagging, however, a relatively small amount of exposure can lead to Mesothelioma. The disease has claimed the lives of many victims, including a few famous people who were exposed to asbestos in their early lives . . . 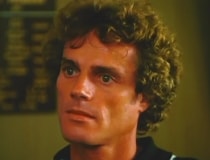 In the mid-60s, Hopkins studied at the National Institute of Dramatic Art in Sydney and graduated in 1967.

He was one of Australia's best-known actors and had a long and prosperous career starring in 16 films including Galliopli, The Club and Don’s Party.
He also appeared in over 160 television episodes.

Hopkins was exposed to asbestos in Queensland, Australia as an apprentice carpenter. He started after school and worked as a carpenter through the early 60s. He was diagnosed with Mesothelioma in 2011, almost 50 years after being exposed to asbestos. Despite the cancer, Hopkins still went on auditions and continued to live life to the fullest until his death in a Sydney hospice.
A Sydney newspaper reported that:

“ Even when he was experiencing a great deal of pain, Hopkins was charming those around him. ”

McQueen had been surrounded by asbestos all of his life. As a young man McQueen was exposed to asbestos in the construction industry. He then worked at shipyards as a Marine, where he stripped asbestos from pipes in naval ships. 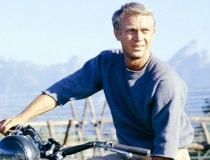 He may also have been exposed to asbestos as a racing car driver when repairing the brake linings of race cars and wearing protective (asbestos lined) driving suits and helmets.

McQueen was diagnosed with mesothelioma in 1979 by the Chief of Oncology at a Los Angeles hospital. He was told that such a cancer could spread from his lungs to other organs throughout his body and was treated with radiation therapy to try to shrink the tumour.

This had limited success and his doctors ruled out chemotherapy and surgery as treatment options for mesothelioma.
McQueen then sought out alternative treatment and met with Dr. William Kelley who proposed that the cancer arose and grew from a lack of enough pancreatic enzymes.

So in 1980 McQueen travelled to Mexico to be treated in a clinic by doctors using Dr. Kelley's regime. During the next 3 months he took over 100 vitamins per day, had massages, coffee enemas, spiritual sessions and underwent more controversial treatments including injections of animal fetal matter and laetrile treatments (a drug made from apricot pits).

In October of 1980, McQueen saw a dramatic improvement of his mesothelioma. He even publicly thanked Mexico for saving his life as a result of this new alternative cancer treatment. However in November 1980, doctors had to operate to remove cancerous masses from his abdomen and neck. McQueen survived the surgery, but he died the next day. 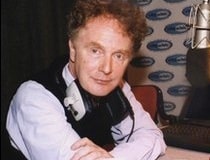 He was probably exposed to asbestos in a shop he shared with his then partner, the designer Vivienne Westwood. The shop on the King's Road, Chelsea, London was refurbished by McLaren and the ceiling was opened to create the effect that a bomb had hit it. It is believed that he disturbed the asbestos in the ceiling and walls when carrying out this work.

After a chest scan in 2008 a doctor noticed spots on McLaren's lungs which he thought were pleural plaques from asbestos exposure.

By January 2009, McLaren was convinced he had lung cancer, but doctors continued to insist nothing was wrong. Then, just a few months later, his left lung had filled with fluid and he was diagnosed with mesothelioma. 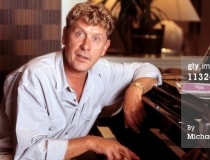 Record producer Mickie Most died from Peritoneal Mesothelioma in 2003. He was 64.

He may have come into contact with asbestos in recording studios from sound-proofed vinyl tiles impregnated with asbestos. However asbestos was inefficient for soundproofing and was more commonly used for heat insulation.

He also spent time in South Africa in the 1950s and 60s, and may have come into contact with asbestos there. No-one can say for sure and his exposure to asbestos remains a mystery.