A recent study carried out by a research team at the University of Pennsylvania has investigated the use of CAR (Chimeric antigen receptor)-engineered T cells to kill Mesothelioma cancer cells. CAR T cells are engineered immune cells that have been designed to target tumors that carry the mesothelin protein. The immune cells (T cells) are taken from cancer patients and are then engineered at a molecular level to carry specific proteins – in this case mRNA - that kills the cancer cells.

CAR T cells can be considered as therapy designed for an individual as it uses a patient’s own immune cells (T cells). Research is ongoing in this area and this article published in Nov 2013 in Cancer Immunology Research presented 2 promising case studies of patients who had not responded to previous treatment for their cancers. In this phase 1 clinical trial, one patient had advanced mesothelioma, the other metastatic pancreatic cancer – both solid tumours. 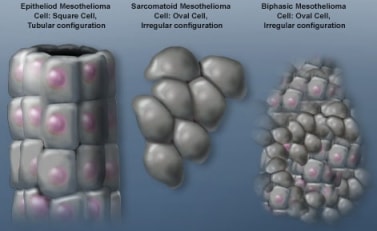 CAR T cells have been used successfully in leukaemia and lymphoma management but have not proved a success in solid tumours due to off target toxicity.

Normal cells also produce the CAR T cell target protein and so the engineered T cells recognise this and will also try to destroy normal cells causing damage out of the targeted area.

The research team have tried to overcome this problem by modifying the T cells in a different way.

In this study, the T cells are isolated from the patient then modified in the lab so that they carry a molecule that causes them firstly, to attach themselves to a specific protein on a cancer cell in the patient’s body, and secondly, to be triggered to cause the death of that cell. Viruses have been used to modify the cells previously but in this research the cells were engineered to express a CAR for 3 days after which the mRNA is metabolized quickly by the system so the T cells resemble how they were originally in the patient.

The modified T cells recognise mesothelin protein which is present in many tumours – this gives rise to the name ‘CARTmeso cells’. After ensuring viability and specificity of the engineered cells, multiple infusions were delivered to the two patients in this study with promising results.

Conclusions of the study

The researchers considered that the modified mRNA-based CARTmeso cells were safe producing no significant off target toxicity although an anaphylactic reaction and an intestinal obstruction were documented as adverse events during the trial.

Imaging follow up after treatment showed that the patient with advanced mesothelioma had stable disease following 3 infusions of the modified CAR T cells. Similar anti-tumour activity was shown in the patient with pancreatic cancer following 8 infusions.

The research team commented that not only did the cells produce anti-tumour activity but they also acted as a vaccine as they triggered a response against the patient's own tumour.

The new form of CAR therapy for solid tumours is still in the early stages of research but is proving to be promising.

This study was funded by grants from the National Institutes of Health, The Prevor Family Fund for Immunotherapy Cancer Research,
and The Lustgarten Foundation.