A major NHS study has concluded that early detection of cancer from routine CT scans can save many lives. Experts are calling for routine CT scanning of smokers and former smokers after the research found that it identified 70 per cent of lung cancers at an early stage. Lung cancer is hard to detect with 3 out of 4 cases diagnosed at stage 3 or 4 - often too late for potentially life-saving treatment. 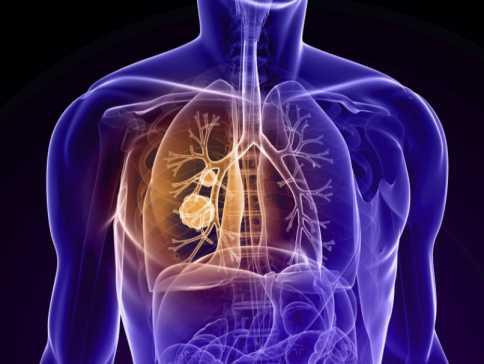 If cancer is found at an earlier stage, more treatment options are available, giving a much improved prognosis for the patient. Thousands of lives could be saved before the cancer becomes terminal, including asbestos lung cancer and Mesothelioma patients.

Mesothelioma has nonspecific symptoms and can be mistaken for other health conditions that involve a dry cough. It also has a long latency period, taking decades for symptoms to develop after exposure to asbestos. As a result, it can be difficult for doctors to diagnose mesothelioma in the earlier stages.

It is vital for those who have been exposed to asbestos to tell their local GP about their history. Their doctor can help determine options to monitor for any potential signs of mesothelioma and help with early diagnosis by referring for an early CT scan.

The study was run by lung cancer specialists at University College London Hospitals (UCLH) NHS trust and found that the scans could uncover growths in lungs when the disease was at stage 1 or 2. About 48,000 people a year are diagnosed with this form of cancer in the UK and an average of 96 people die every day (over 35,000 each year).

“ Lung cancer has never had anything that enabled us to detect this devastating cancer earlier and offer curative treatment to this number of lung cancer patients . . . It is important to highlight how effective CT scanning is. In my lung cancer clinic at UCLH, seven out of ten people have cancer that’s been inoperable, incurable, from the first time they saw a doctor . . . Whereas with the cancers that we see with Summit, seven out of ten are potentially curable, because they were detected earlier. ”

Details of the CT trial

The trial was for a lung health MOT, with some 12,000 smokers and ex-smokers from North London taking part. The team found 180 cases of lung cancer, 70% of which were stages 1 or 2. These results will be formally published in a medical journal later in 2021. There is now increased pressure on the UK National Screening Committee to bring in lung cancer screening in the same way that people are invited to be tested for for breast, cervical and bowel cancers. 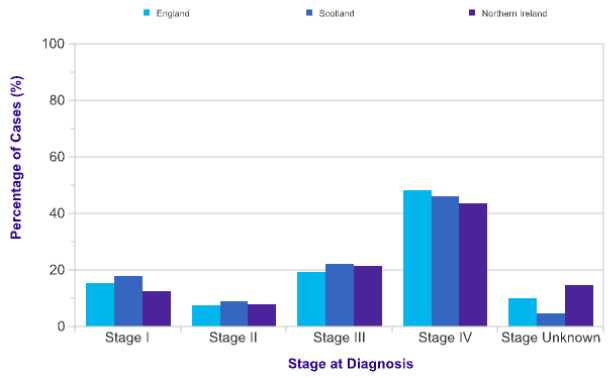 With only 16% of cancer sufferers living for five years and only 10% surviving for 10 years after initial diagnosis.

Lung cancer patients are most commonly diagnosed at stage 4 (49-53%).

Chair of the Clinical Advisory Group of the UK Lung Cancer Coalition, Dr Robert Rintoul said of the results:

“ Now that CT screening for lung cancer has been shown to work, we very much hope that a lung cancer screening programme will be introduced in England . . . Lung cancer is the UK’s biggest cancer killer and early detection offers the best chance of curative treatment and saving more lives . . . The Summit study will teach us more about how to successfully implement CT screening in a high-risk population. ”

The NHS has now extending the CT programme to 10 new areas across the UK at a cost of around £70 million over four years. The locations are some of the poorest in the country as smoking is far more common among people with lower incomes. The more disadvantaged someone is, the more likely they are to smoke and to suffer from smoking-related disease and premature death.

The following locations were chosen:

“ We welcome today’s announcement confirming the roll out of 10 lung health check projects across England. Given our own first-hand knowledge of these programmes, coupled with the staggering results from the NELSON trial which saw a 26% reduction in mortality when high-risk patients had a CT scan, this is a big step forward in improving the early detection of lung cancer. ”

If you would like some advice on claiming compensation for asbestos lung cancer or other asbestos related conditions. please call us on the number below and ask for Warren or Kathy.