Is there a link between draught beer and gullet cancer?

The first beer recipe dates back to 5,000 B.C in ancient Egypt. The Egyptians would have dry throats from all that dusty pyramid building and would look forward to kicking back on the banks of The Nile with a couple of cold ones - maybe. 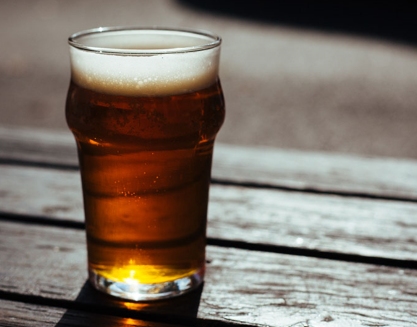 Fast forward a few thousand years to the 1880s when the first filtration process was introduced. This was followed by more sophisticated filters known as pulp cakes.

These were a mixture of cotton and asbestos fibres that proved very effective in removing various micro organisms.

However, asbestos fibres were released into the draught beer until the damage that asbestos could cause was realised. The pulp cakes were phased out, though The USA continued using them until the 1980s.

Recently it has been reported that asbestos was still used in pubs in the 1970s to filter impurities from the 'slops' that were left at the end of the night. These slops were re-introduced to the beer served the next day.

Oesophageal Adenocarcinoma (gullet cancer) has become much more common over the past 50 years, particularly in The UK, with 90% occurring in men. According to Cancer Research UK, there are 25 new cases every day. Cancer of the gullet - the tube that carries food from the throat to the stomach - currently kills almost 8,000 Brits every year.

Is asbestos-laced beer from the 1970s a factor?

Researchers at Cambridge and Liverpool universities believe that ingested asbestos from draught beer could be a factor for this recent fourfold increased incidence. Asbestos bodies have been found in gastrointestinal tissue, particularly oesophageal tissue, at autopsy. Although there is no reported association between the intake of alcohol and gullet cancer, studies would probably not have considered exposure from draught beer before 1980 in their tests.

Gullet cancer has some similarities to mesothelioma, including a loss of tumour suppressor genes. Also there are similar trends in the increased rate of Gullet cancer and mesothelioma over the last 50 years.

" Asbestos from beer consumed before around 1980 seems a plausible factor. "

However, the biggest causes of these type of cancer are obesity, smoking and alcohol, and the studies into a potential link with draught beer are likely to be too small to give a meaningful result. Andy Tighe, of the British beer and Pub association, said asbestos was used in food manufacturing. He added:

" It’s difficult to associate health impacts from any one potential source. "

If you have recently been diagnosed with cancer that you think may have been asbestos related, you may be entitled to claim compensation. If you would like some advice, please call Warren or Kathy on the number below . . .