Many of the cancer charities, including Mesothelioma charities are suffering through the Covid pandemic. Most rely on funding through sponsorship of various high profile events such as marathons.

Cancer Research UK, the largest cancer charity has recently warned that it may have to lay off more than a third of its staff - some 1,500 researchers and scientists. So far, 60% of staff have been furloughed, others are on 80% of their pay and some £44 million has been cut from research. 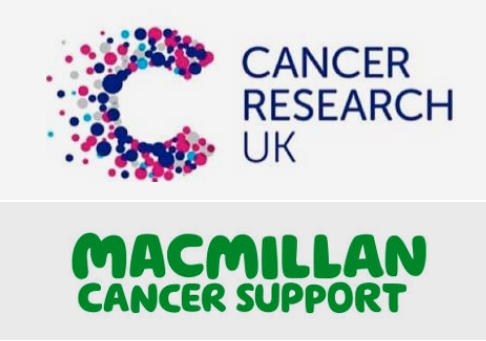 Funding for cancer research is predicted to be cut by £450 million over the next 3 years, following a £300 million shortfall in fundraising that has been predicted over the same period.

This will have a huge impact on research in more than 90 universities, hospitals and institutes that are currently funded by the charity.

This will inevitably lead to huge cuts to life-saving research impacting on the 350,000 + new cancer cases each year, including more than 2,500 cases of Mesothelioma.

There will be a knock on effect on cancer prevention education and early diagnosis; also better treatment options and better outcomes. There are no plans to stop any current projects, however future trials of new cancer drugs, a potential lifeline for mesothelioma patients, are now in doubt. The cuts to funding would also hinder scientific advances in the understanding of cancer, which still kills some 165,000 in the UK every year.

What are the effects of reduced cancer referrals?

It is now feared that many people are ignoring the symptoms of cancer as they cannot get a doctor's appointment, leading to a huge number of of people who have cancer but do not yet know it. Some people have confused the symptoms of mesothelioma and other asbestos diseases with the onset of Coronavirus and have delayed seeing their GP.

NHS figures have shown that the number of urgent cancer referrals by doctors in July 2020 was down 19% on last year. This follows a decrease of 47% in May and 21% in June. The number of cancer patients referred for radiotherapy is also significantly down on previous years with a low of 6,532 in April. Many mesothelioma patients faced delays to the start of treatment schedules with chemotherapy and cancer surgery put on hold as hospitals focused on Coronavirus patients.

Research from charity Action Radiotherapy has worked out that cancer services would have to run at 135% capacity for 6 months to clear the backlog caused by the Coronavirus pandemic. They analysed the latest figures from Cancer Research UK to calculate the expected number of new cancer patients needing treatment each year, as well those who have relapsed and need treatment. They calculated that a total of 213,622 cancer patients are expected to have needed treatment between March and August 2020 and the backlog is 86,122 after the total number of patients was subtracted from the number thought to have started treatment between the same period.

" We are past the point of no return for this cancer crisis. It's no longer a question of 'will cancer patients die unnecessarily' but 'how many will die unnecessarily? . . . There is so much suffering. Unless a massive effort is deployed right now, the only way the cancer backlog goes away is if people don't get the diagnosis and treatment they need . . . This is a shocking state of affairs. We know that in order to halt this cancer catastrophe we need cancer services running at 135%. "

Macmillan is currently trying to reassure people that its flagship and most popular fundraising event - The Macmillan coffee morning - will go ahead as planned on 25th September. 2020 is the 30th birthday of the event, where cancer awareness is combined with cakes and a cuppa with friends and neighbours. However this year, early figures are showing sign-ups are down by around 68%. In London, plans to hold Macmillan Coffee Mornings has fallen by 76%.

This means that the £27.5 million that was raised last year is expected to fall to under £8 million in 2020. Macmillan fears that people don’t realise that most coffee mornings are still going ahead as planned. They will adopt a new socially distanced format with virtual inclusion - and is urging people to find out about the new ways to take part.

The shortfall of nearly £20 million could risk more than 80,000 cancer patients missing out on support from vital cancer care support services, such as Macmillan Clinical Nurse Specialists or Cancer Support Workers.

Find out about Macmillan Coffee mornings >