Landmark Court Ruling to reset the threshold for mesothelioma cases

The Court of Appeal ruled on a case - Bussey v Anglia Heating - in February 2018.
This may well be a landmark case in the fight for justice for victims of mesothelioma cancer and other asbestos related diseases.

Asbestos was widely used because of its heating insulation properties. Boilers and pipes were the most common places to find asbestos lagging as this kept water hot as it was pumped to various places around the home. 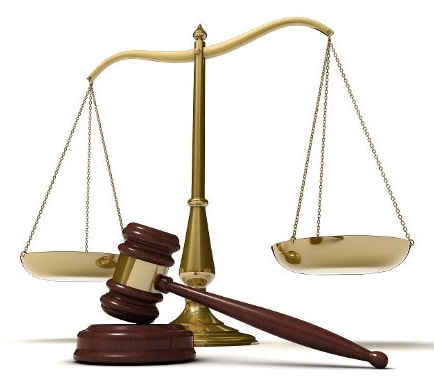 Mr Bussey was employed by Anglia Heating as a plumber during the mid 1960s. He was in daily contact with asbestos, stripping and lagging pipe work and using asbestos rope to seal pipe joints.

This was done with scant regard to his safety and no masks or protective clothing was supplied.

He then had a period of self-employment and from the late 1960s until 1980 he worked for Pump Maintenance Ltd, who were the second defendants in the case. He then worked for Anglia Television for about 20 years as a plumber.

He became very poorly in 2014 and was diagnosed with Pleural Mesothelioma shortly after. Pleural mesothelioma makes up roughly 75% of all mesothelioma diagnoses. It develops in the lungs when asbestos fibres are inhaled and lodge into the pleura (lining of the lungs). Sadly, he passed away from the disease in 2016.

His widow decided to claim compensation against Anglia Heating. However, their insurers decided to fight the case in court. The judge ruled that the level of asbestos exposure was not sufficient to claim and used the benchmark detailed in a document known as TDN13.

This follows a decision in the case of Williams v University of Birmingham in 2011 which confirmed that a claimant must establish that:-

As a result of this ruling, insurers have used a document called Technical Data Note 13 (TDN13) which was published
by H M Factories Inspectorate in 1970 to avoid paying compensation to some victims of mesothelioma.
TDN13 was intended to provide a working guideline threshold for levels of asbestos exposure which the Factory Inspectorate
would determine to be, “liable to cause danger to health” for the purposes of enforcement under the provisions of the 1969 Asbestos Regulations. However, many companies had little regard for the levels of asbestos dust they exposure their workers to.

Court of Appeal Hearing and Conclusions

His widow appealed the decision and this week the Court confirmed that the levels detailed in TDN13 are a guide and not a benchmark which will apply in every case.

Lord Justice Jackson said the High Court judge in Bussey v Anglia Heating Ltd had felt ‘constrained’ by relying on data
that was never intended to be used as a yardstick for making Mesothelioma claims.

These Guidelines were introduced decades ago to determine acceptable levels of asbestos fibres in the air have been used as the test for assessing the claims of victims since the ruling in Williams v the University of Birmingham in 2011.

The Court of Appeal ruling has been welcomed by our solicitors as an acknowledgment that courts have wrongly applied
the measurements as a guide to employers and their insurers of a so-called safe level of asbestos in which people could work.

One of our mesothelioma solicitors Jennifer Seavor commented:

“ Sadly here in Swindon there is a legacy of asbestos disease due the use of asbestos products by tradesmen
including carpenters, plumbers and electricians working in the building industry, in factories and most notably at the railway works. However, we are also seeing a new generation of victims affected by asbestos disease including office workers, teachers and school pupils – who have often been exposed to lower levels of asbestos. I hope that this case will pave the way for current and future mesothelioma sufferers to gain access to justice and the compensation they undoubtedly deserve. ”