Many of the country’s schools still contain asbestos, which only poses a threat to health if disturbed and ingested in some way. However, one would expect that if a recent asbestos survey found that asbestos is present in a building, that it should be removed from that building, especially if that building is a school.

This did not happen when a building firm won a contract to refurbish the dining area and kitchens of The Woldingham girls’ School in Caterham, Surrey. 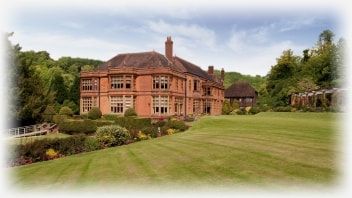 The building company, Buxton Building Contractors Ltd, who pride themselves on “building sustainable environments for the future”, commissioned specialist asbestos surveyors to detect the presence of asbestos in the buildings.

The survey revealed the presence of asbestos in the Undercroft area of the school. This was ignored by the company who then allowed various contractor to start work in the area without adequate protection.

The work was carried out until one of the contractors, a teenage apprentice, fell through a ceiling and revealed boarding that was insulated with asbestos.

Can The HSE prosecute companies for disregarding asbestos surveys?

The Health & Safety Executive (HSE) was alerted and investigated the incident in 2011. In January 2014 the company was prosecuted at Guilford Crown Court for breaches of health and safety. The investigation carried out by the HSE found that the survey had found the presence of asbestos in the Undercroft area of the school, but had failed to act on the information to protect the workers against this hazardous substance.
In fact the teenage apprentice had been working there for 2 weeks before falling through the ceiling.
After this, the area was sealed off by a specialist asbestos removal company.

Buxton Building Contractors Ltd was fined £50,000 and ordered to pay another £26,000 after admitting a breach of Section 3(1) of the Health and Safety at Work Act of 1974 by failing to plan, manage and properly monitor the construction work at the school.

A spokes-person for The Health & Safety Executive later commented that no one at Buxton had bothered to read the report of the asbestos survey, or if they did, they decided to ignore it. He added that they . . .

“ Failed to act to protect site workers from exposure to what is one of the deadly killers in the construction industry . . . . One can only wish and hope that there are no serious consequences for these workers in the future.

“ It is vital that companies are fully aware of not just the duty to get an asbestos survey done, but then to act on its findings. There is considerable guidance freely available from HSE to assist duty-holders deal with asbestos materials properly. ”