Welcoming delegates, Chair Michael Clapham MP explained that the purpose of the Asbestos Sub-Committee was to marshal community and political support to improve the treatment of UK asbestos victims. Recent initiatives of the Sub-Committee had streamlined access to government benefits and increased political pressure to make emerging drug therapies universally available. Clapham was appalled that the use of asbestos was increasing in the developing world and reiterated his commitment to a global ban on asbestos. In June 2005, Clapham had urged Prime Minister Tony Blair to use Britain's Presidencies of the G8 and EU to secure a worldwide ban on asbestos, saying:

” We all recognise asbestos can have serious effects on people's health and we should aim to achieve a global ban, the manufacturing focus has shifted to the developing world and the disease, the disability and the deaths that will be caused by (asbestos) exposure will add to poverty. ” 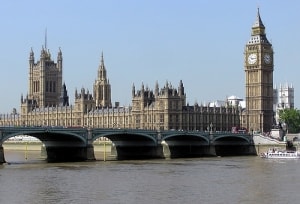 Kicking off the seminar, Ian McFall from Thompsons Solicitors was scathing about the treatment of asbestos victims by Turner & Newall (T & N), formerly the UK s largest asbestos group.

In the presentation Dealing with the Aftermath of Corporate Robbery (T & N), he accused T & N s senior corporate lawyer in the 1950s of ”lying repeatedly,” and described the company s treatment of its asbestos victims as the ”behaviour of a corporate psychopath.”

T & N lied to the government and to its workforce; it followed a policy motivated by ”corporate greed and corruption” to wear victims and their relatives down by ”attrition” in order to minimize compensation payments. Its legal strategy was based on deceit, delay and denial.

Citing the infamous case of Charlie Coyle, a Glasgow lagger, McFall read out an extract from the minutes of a T & N Board meeting:

” This man (Coyle) has a very poor expectation of life. If he does succumb, the claim will not be more expensive and without his evidence his solicitors will be in greater difficulty. In short, tactically, we will have nothing to lose by leaving the matter in abeyance.”

Sadly their prediction was accurate. After Coyle died, T & N paid his widow a fraction of what the claim was worth on the condition that she waive all legal rights. For decades, the company outmanoeuvred injured workers and grieving relatives:

” The Company has so far been lucky enough not to encounter experienced and capable lawyers, adequately funded by legal aid or supported by trade unions who would carry out detailed investigations and realise there is no defence to these claims. ”

Update on the Ł350million Government Fund for Victims of Mesothelioma

Update on the £350million Government Fund for Victims of Mesothelioma