Many hospitals in The UK still contain asbestos. The number of people who could develop Mesothelioma from asbestos exposure in London's hospitals is a "ticking time bomb", it has been claimed, with some 94% of hospitals in the capital containing asbestos. 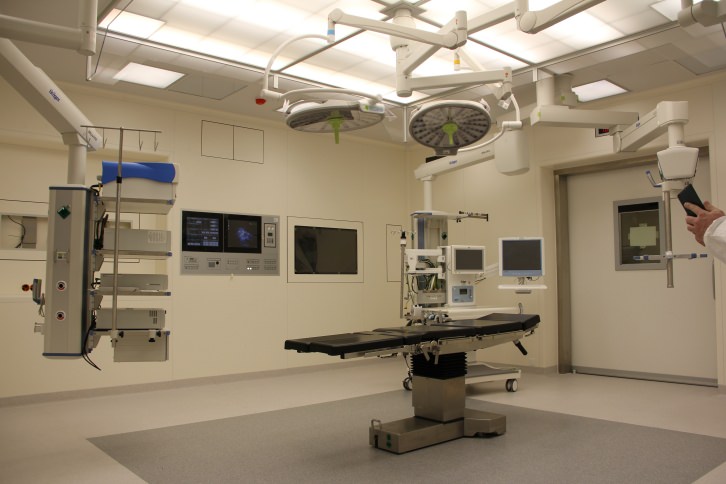 In London there have been around 1,000 mesothelioma deaths since 2011, seven of which were doctors and nurses.

The Health and Safety Executive said hospitals were safe, but a leading asbestos lawyer and The Unite Union both say the figure is increasing.

White asbestos, the type used in hospitals to protect piping, has been deemed safe as long as it is not disturbed.

The problem is that asbestos can be inadvertently disturbed, beds and equipment can bang into the pipes and there is no safe level of asbestos dust. All asbestos dust, once breathed in, presents a hazard as a very small amount of asbestos poisoning can lead to Mesothelioma later in life.

Dr Szlosarek, a consultant oncologist from St Barts Hospital who is studying the disease has found that . . .

" It's very hard to imagine a killer being safe. Asbestos is a known killer, people are dying from it. The only safe asbestos is asbestos that's been removed.

If we're going to leave asbestos in places, we have to be aware that we are taking a conscious decision and that people will die. "

Case of anaesthetist of died from Mesothelioma

Mr L. was an anaesthetist and specialised in intensive care medicine and chronic pain management, claimed he was exposed to asbestos walking through the underground tunnels linking hospital buildings at Guys and St Thomas Hospital when he trained there between 1976-82.

He died in 2014, seven years after being diagnosed with mesothemelioma.

His widow said that:

" At the time there was asbestos lagging in poor repair in these underground tunnels linking hospital buildings.

It means that every single person walking through was exposed on a daily basis. The risks of asbestos were well known at the time, that is something that is completely indefensible. "

Is there Asbestos in Our Universities?

Teachers diagnosed with Mesothelioma after asbestos exposure in schools