Asbestos with its heat resistant properties was widely used as an insulating material. In bakeries many of the older furnaces may still be lined with asbestos insulation and asbestos rope mattresses. In one study looking at the incidence of asbestos cancer in bakers it was revealed that the insulation, fire-proofing or sealant products used in ovens often contained chrysotile or amosite asbestos.

When undisturbed this is considered safe but if damaged it could release the dangerous asbestos fibres. These have the potential to contaminate bakery products e.g. bread, cakes which will be sold to the unsuspecting public or may be inhaled directly by bakers causing an asbestos-related disease. These diseases, including asbestosis and asbestos cancer, may not manifest themselves immediately but show symptoms decades after exposure. 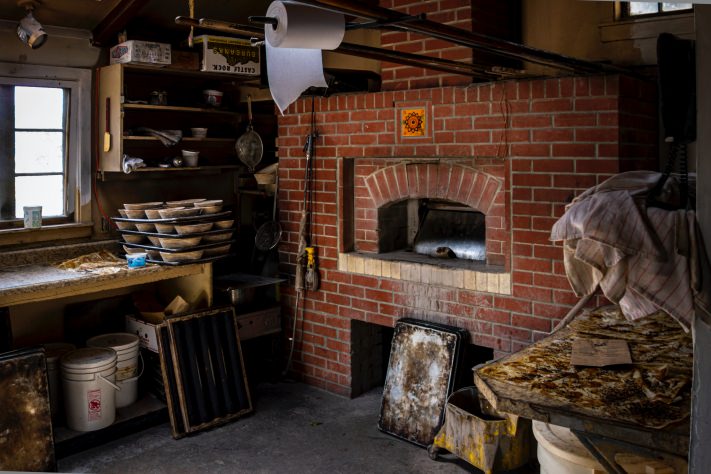 In the Netherlands, there have been 38 cases of asbestos cancer in bakers reported to the The Institute for Asbestos Victims (IAS) over the last decade (2000 to 2011). They are said to have contracted the cancer from asbestos fibres released from insulation inside old ovens.

This was reported by the Dutch current affairs TV programme ‘Zembla’ who covered the story last week. They claimed that the Bakkersland bakery group - which makes bread for the Albert Heijn and Jumbo supermarket chains - has had problems where asbestos was released from its ovens in 3 of its factories over the past 2 years.

In one instance a batch of bread destined for sale at the supermarket had to be recalled from the distribution centre due to possible asbestos contamination.

The company has 16 factories in the Netherlands and is now following a replacement programme for its ovens. This will take approximately two years to complete. In the programme the company admits the 3 incidents did take place but states that workers are safe as the insulation is monitored for damage. This is disputed by some experts.

Is there a link between asbestos cancer and bakers?

The link between asbestos and bakers has previously been discussed by V Ascoli, R Calistl et al in 2001. In this Italian study, asbestos cancer (MPM) was detected in 8 out of 222 cases of bakers / pastry cooks / biscuit cooks in two hospitals in Rome and Orbassano/Turin from 1990 -1997. When examining the ovens used, those manufactured before 1980 were found to contain asbestos insulation. The researchers suggested that there was a possible new association of the risk of having worked as a baker or pastry/ biscuit cook and asbestos cancer (MPM).

Either way it would seem reasonable to suggest that any asbestos in old ovens and furnaces must be identified and fully sealed in the short term but ultimately safely removed to avoid any future risk.