Asbestos diseases are normally caused by a considerable amount of exposure to asbestos dust over a period of time. The exception to this is Mesothelioma. Breathing in a relatively small amount of asbestos dust can lead to this cancer, which is why secondary exposure can lead to a mesothelioma cancer diagnosis later in life.

The most common example of secondary exposure is a wife washing her husband's clothes and shaking of the asbestos dust as she does so. We have dealt with may cases like this over the years, below is a recent example . . . 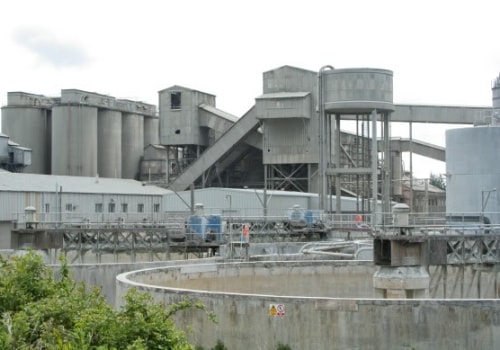 Mrs D was married to a manager of Westbury Cement Works in the 1960’s. Sadly, he died of cancer in the 1980s. Mrs D never worked with asbestos herself, so when she became unwell late in 2014 and was diagnosed with mesothelioma just before Christmas, she was shocked and devastated.

She instructed our solicitors in January 2015 and described how her husband had worked as a manager at Westbury for several years. Westbury were huge cement works, which have recently been closed down.

Mrs D’s brother had also worked in the cement industry, so was able to describe how asbestos was used in the kilns during the cement manufacturing process, and in the fabric of the cement works.

Mrs D was able to describe how her husband was often dusty when he came home from work, and how she would shake the dust from his work clothes and launder them.

Our mesothelioma solicitors were also able to establish that the use of asbestos was widespread at Westbury, from evidence given in other claims we have pursued for workers there.

Mrs D was working when she became unwell, in a job she described as her vocation, and could no longer continue. She was no longer able to maintain her garden or house or care for her husband. Their lives were turned upside down by her diagnosis and its implications.

Court proceedings were commenced in the specialist asbestos claims division of the High Court in London in March 2015 and medical and care evidence was obtained. The claim was served on the defendants in June. The specialist asbestos claims judges require defendants to give good reason why judgment should not be entered against them. In this case the defendants admitted responsibility for her illness shortly before the court was due to consider the evidence in August 2015. A timetable was put in place for an assessment of the compensation due to Mrs D, and it was listed for a final hearing in March 2016.

Mrs D faced a dilemma about whether to settle her claim personally during her lifetime, or for the executors of her estate to settle it after her death. In common with many in her situation, the claim for the estate was significantly more valuable. Mrs D decided she wished to settle the claim personally, even if it resulted in a lower settlement.

With less than a week to go to the trial, the defendants made a substantial offer in settlement and the claim was concluded just over a year after our mesothelioma solicitors were first instructed.

If you have worked in a cement works and were exposed to asbestos dust, our solicitors are on hand to offer advice.
Please call Kathy Cooke or Warren Miller on the FreePhone number below