The widow of a welder who died from mesothelioma in 2012 won a significant High Court ruling with the help of our specialist solicitors in February of 2015 with important implications for other victims of industrial diseases.

In a decisive judgment Her Honour Justice Laing allowed the claim brought by widow Julien Lloyd on behalf of her late husband Cliff to proceed, even though it was beyond the normal three year time limit and despite the fact that there had already been a previous settlement against three of his former employers. 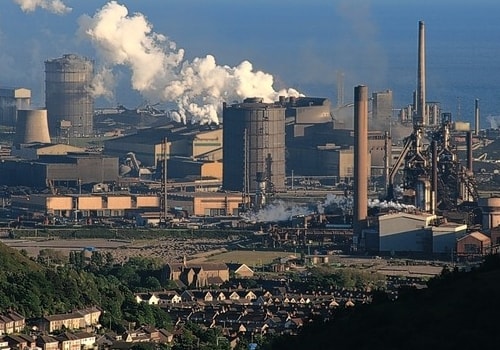 Mrs Lloyd, whose husband Cliff developed mesothelioma many years after working at Port Talbot was bringing a claim for compensation against her late husband’s former employers Humphreys and Glasgow.

This action was brought despite Mr Lloyd having agreed a “full and final” settlement in the past against three other firms he previously worked for.

Our specialist solicitors took on the claim and pursued it even though 2 previous firms and a very senior barrister felt it was a very difficult case to pursue.

They were able to offer Mrs Lloyd a “no win no fee agreement which meant she could pursue her claim without risking having to pay the defendants legal fees if it failed.

After the trial our specialist solicitors said:

“ Mr Lloyd’s claim was handled by another firm of solicitors who settled for full and final damages against three of his previous employers, just months before he died from mesothelioma. A further significant employer was not included in the settlement because they were not settling any claims at that time.

This judgment confirms that individuals who pursue claims against defendants who were missing from previous settlements are able in principle to do so and that the expiry of the normal three year time limit does not bar such a claim from proceeding. ”

Reaction to the judgement

“ We are relieved that we may at last be able to see justice done. Cliff was a fit man until industry ruined him. He lost his hearing and then he lost his life all through working in dreadful conditions. He was a grafter. He was a loving, hands on, friendly man who loved to make toys for his children, nephews and grandchildren.

We had such plans for our retirement. I know what I have lost, his companionship, his love, my best pal and my gentle husband of 55 years, a father and grandfather who we all miss dreadfully. Cliff suffered terribly and died the most horrible and painful death. I would hate to think of other people having to go through what we went through. ”

Humphreys and Glasgow was a large welding and pipe fitting firm which went into liquidation in the late 1980s. Humphreys and Glasgow were insured by Excess Insurance Company which refused to pay out on any asbestos related claims from 2006 onwards pending the outcome of a Court decision on what triggered liability for insurers. That Court decision eventually went against Excess Insurance in March 2012.

His widow instructed our specialist solicitors to pursue a claim for damages as Humphreys and Glasgow had not been included in the original settlement of Mr Lloyd’s claim.

Humphreys and Glasgow’s insurers refused to pay. They argue that it was an abuse of the Court’s process to allow Mr Lloyd’s claim to proceed and that the claim was also out of time. This argument was rejected by the judge who described the actions of Excess insurance as “a gamble that did not pay off”

The defendants have recently admitted liability for Mrs Lloyd’s claim and an action to decide how much compensation she should receive is ongoing.