Lead solicitor Helen Childs was instructed by the widow of Mr E at the end of 2013. Mr E had died of testicular mesothelioma 5 years previously in 2008. 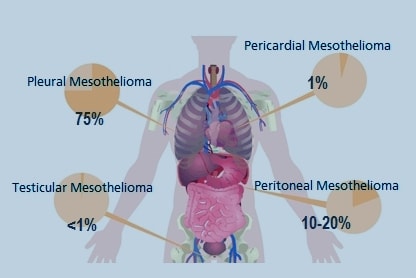 It is related to exposure to asbestos as with other types of mesothelioma. The most common symptom of testicular mesothelioma is a lump in the testes which may also be a symptom of other testicular cancers, making diagnosis difficult.

Complexities of the Case

Unfortunately at the time of diagnosis for Mr E, neither Mr or Mrs E were made aware of the link between asbestos exposure and mesothelioma despite an inquest being held with a verdict of industrial disease. Years later whilst Mrs E was listening to a radio programme about asbestos and mesothelioma the connection was made and Mrs E proceeded to investigate the possibility of making a claim. This was in December 2103, 5 years after her husband's death.

Mrs E only met her husband in the 1980s and was therefore unaware of the details of his early working history. She made contact with his first wife who confirmed Mr E had once come home complaining about working in “a real mess of asbestos” during the late 1960's. The lack of direct evidence from Mrs E and indirect evidence from the first wife made this a complex case for the solicitor.

In addition to these issues was the face that 5 years had passed since Mr E had died. This made this a particularly unusual case as the normal rule in claims procedures is that they must be settled within 3 years of the date that the person was aware they had the condition - and that it could be linked to negligent behaviour from another person or company. In the case of mesothelioma this is extended further in that a family has up until 3 years from the date their relative died to pursue a claim.

However the lead solicitor was able to establish a link between asbestos exposure and the testicular mesothelioma - and due to the fact that neither Mr or Mrs E were made aware of the link at the time of the inquest, the case was settled within 8 months for a six figure sum despite the date of death being over 5 years ago.