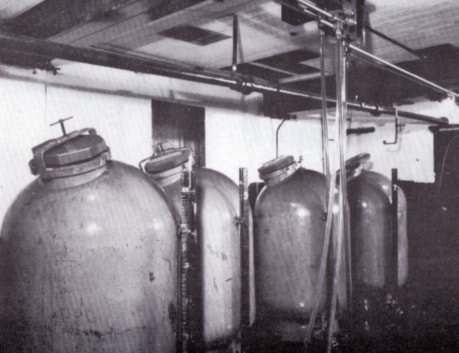 He had no obvious exposure to asbestos but described working as a cellarman for Chef & Brewer Limited, the owners of the Princes Tavern in Norwich.

He described receiving deliveries, changing barrels, cleaning out beer pipes, running new beer lines through from the bar into the cellar and also considerable renovation works.

He believed that all of these activities brought him into contact with what was probable asbestos in the cellar area and other parts of the pub.

He was never given any warnings about the presence of asbestos or any respiratory protection. The other members of the pub staff were not allowed into the upstairs restaurant area when the renovations were being carried out but Mr P was instructed to go into the restaurant and tidy up. He bagged up bits of partition wall, counter tops, ceiling tiles and swept up the debris. He was doing this while building workers were working all around him.

He also remembered them installing air conditioning throughout the pub which involved cutting through walls and into ceilings. This was also incredibly dusty.

The pub stayed open while these works were being carried out.

Summary of Court proceedings for the Peritoneal Mesothelioma Claim

Court proceedings were commenced and default judgment was entered for the Claimant as the Defendants had not responded to the service of the Court papers. They did not seek to set the judgment aside.

In mesothelioma claims the normal Court Order is for an immediate interim payment on account of the client’s claim once judgment is entered in the sum of £50,000. In this case Mr P had, with our assistance, applied for and received a lump sum from the Government under the Pneumoconiosis Workers Compensation Scheme which amounted to over £60,000 as the Claimant was so young.

The Defendants’ solicitors argued that it would be wrong to give him £50,000 on the top of the £60,000 he had already received because that would risk him being in “negative equity” when it came to settle his claim. The Court awarded an interim payment of £30,000.

Difficult decision about when to claim

His claim was therefore put on hold pending his inevitable death. Mr P died in the Summer of 2015. His claim was settled in the Spring of 2016 for over £150,000 from which the Government was able to recoup the lump sum and other benefits he received. After the settlement his widow said:

“your hard work is very much appreciated. Thank you for being on our side. You’re amazing”

If you have been exposed to asbestos in a similar fashion, our solicitors will offer advice as to the best way to proceed with a claim. This could be from the insurance companies or under the Government scheme, or both. Call us on the number below and ask for Kathy Cooke or Warren Miller.