Mesothelioma from Plumbing Apprenticeship in The 1970s

Mr H served his plumbing apprenticeship in the late 1970s around Reading, Berkshire. Young apprentices tend to get the worse jobs as they learn their trade, in this case that including mixing asbestos and chipping asbestos from old pipes and boilers. The firms he worked for had commercial contracts, including local Schools that used asbestos extensively in the boiler houses and heating. 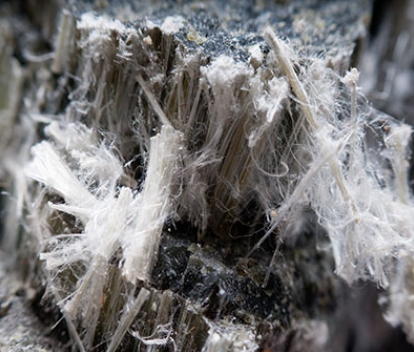 As a result of this exposure, he was diagnosed with Pleural Mesothelioma aged just 59 in 2016. He was still working full time.

His wife was also working full time and was earning more than her husband. She had private health care which they wanted to use for immunotherapy as a treatment plan for the mesothelioma.

She decided to reduce her work load to care for her husband and he was no longer able to look after their home - something he spent a considerable amount of time and effort on. This meant that the claim on behalf of the estate was likely to be more valuable.

Unfortunately Mr H’s condition quickly deteriorated and he died from Mesothelioma in the autumn of 2018. Our Mesothelioma solicitors made an offer to the defendants to settle the claim for £600K, but they did not respond. The 2 companies who were responsible for most of the asbestos exposure were in dispute as to how much of that exposure each was responsible for. This was clearly a difficult issue to resolve and often is - witness statements may be sought, which is not easy given it was more than 30 years ago.

Care experts were brought in to assess the value of Mrs H's care. They felt that the hourly rate originally decided was not sufficient and increased that by 15%, which made a considerable difference to the final value. Our solicitors withdrew their first offer to the defendants and sent them a new one for £670K. This was slightly undervalued to be awarded more if the case went to trial. Judges are not made aware of increased offers - just the offer at the time of trial - and may actually award more. On top of this, a claimant may seek an additional payment of 10% on top of the amount they are awarded.

The defendants dragged their heels again and did not accept the offer, instead they made a counter offer of £500K. This was deemed insufficient by our solicitors and the trial was days away. The 2 days to spare, the defendants finally accepted the offer of £670K. This was a relief to Mrs H - she was willing to go to trial, but preferred not to. The compensation included provision for private health care and hospice costs.

If you have been diagnosed under similar circumstances and would like advice on whether you may claim compensation, feel free to call us on the number below and ask for Kathy or Warren. You can also contact us by filling out the claim or call-back forms or via the live chat facility.