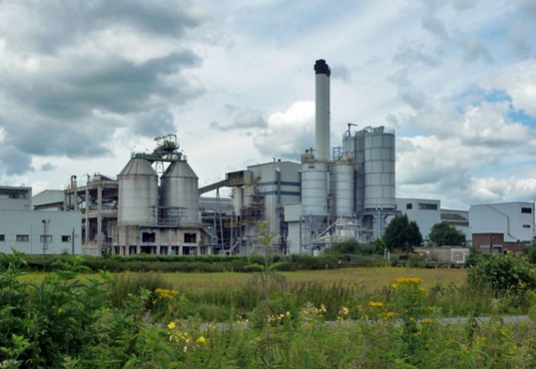 Maintenance workers were not the only paper mill employees at risk of being exposed to asbestos. Various materials
used to build paper mills such as ceiling and floor tiles and cement used to contain asbestos.

If workers encountered deteriorating materials such as aging pipe lagging, they may have been exposed to and inhaled asbestos fibres.

In 2005 a study of paper mills in Pistoia, Italy found asbestos cement being used as insulating panels. Three different types of asbestos were found, including crocidolite, amosite and chrysotile.

If asbestos fibres are inhaled, some can become lodged in lung and organ tissues and remain there for decades. A build up of these fibres may cause lung scarring and pleural plaques and on rare occasions lead to asbestos related cancer or mesothelioma.

First firm of Solicitors unable to continue with claim for mesothelioma.

When Mr K was diagnosed with mesothelioma, a local support group referred him to a firm of solicitors, however Mr K was very unwell by then and died shortly after meeting with them.

The solicitors were unable to continue with his claim because he had appointed a firm of different firm of solicitors as his Executors of his will. These solicitors disagreed with the asbestos solicitors on how to pursue the mesothelioma claim even on a no win no fee basis.

There was an issue with Mr K’s statement, which implied that he had retired much earlier than he actually had. This
meant that there was no actual evidence of exposure to asbestos during the period for which they had been able to track down insurers for the company.

Our solicitors take over the claim

We managed to obtain her father's employment history which indicated that he has continued working at the paper mill much later than he had stated in his first statement. Our solicitors also obtained a witness statement from a former employee at the Mill who confirmed that he was exposed to significant levels of asbestos dust throughout his employment as a result of maintaining and repairing the paper mill machines.

An offer was made to the defendant to settle the claim after medical evidence was obtained. Court proceedings were then commenced and the claim settled in the autumn of 2018 for a substantial five figure sum shortly before the start of the trial.

“ I contacted Helen and her team, and we have had success and a successful claim.
If it hadn’t been for Helen and her determination we would never have got the claim sorted so don’t give up when others
say they can’t help, contact Helen and see what happens ”