Mesothelioma Case Against The Ministry of Defence

By the time World War II started, asbestos was so widely used that demand was on the verge of outstripping global supply. 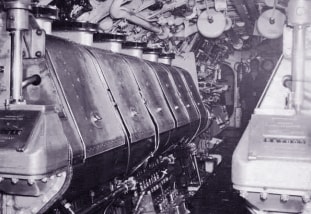 The UK became reliant upon vulnerable asbestos imports, and restrictions were placed on the uses of asbestos to ensure that there was sufficient supply for the war effort.

Asbestos was widely used in the Royal Navy, including incorporation into ship and submarine engines, boilers and pipes.

It was also used in army jeeps, torpedoes, parachute flares and bazooka shells.

The Ministry of Defence is notorious for denying compensation for asbestos diseases to members of the armed forces.

In 1987 there was a non-retrospective repeal of the Crown Proceedings Act of 1947 which removed this Immunity. So in the unlikely event that you were exposed to asbestos after 1987 while working for the MoD, you may be able to claim compensation. If you were exposed to asbestos after leaving the MoD, you may be entitled to claim, even if the primary exposure was at the MoD.

If you, or a family member has been diagnosed with Mesothelioma as a result of asbestos exposure whilst in the Navy, Army or Air Force prior to 1987, the only way to claim is through the Armed Forces Compensation Scheme.
Civilian workers may be able to claim against the MoD - an example is case 2 below .

Landmark Mesothelioma Claim against the MoD

2012, in a landmark case, one of our solicitors successfully claimed compensation for Mesothelioma against the MoD.
In excess of £250,000 was paid to the family of a woman who died of malignant mesothelioma in 2009.
She was 56 at the time.

She had 3 potential sources of asbestos exposure:

Our Solicitors received an admission from the Ministry of Defence for the asbestos exposure at the Royal Navy. This was the first time that a secondary (asbestos) exposure claim had been successfully brought against the MoD. This is somewhat ironic, because if her husband had been diagnosed with Mesothelioma, he would not have been able to claim.

Our lead solicitor completed this MoD claim for mesothelioma in record time - just 2 months after instruction. The 85 year old widower had been exposed to asbestos during his MoD dockyard apprenticeship in WWII. We were instructed in September 2013 and the case was settled for £150K plus in just 2 months. The case was complicated by a coincidental finding of lymphoma at the biopsy for the mesothelioma, which meant that expert evidence from an oncologist was also necessary.

It was imperative that the claim be settled during the claimant's lifetime because a posthumous claim would have been worth about £50,000 less.

After settlement the claimant's daughter said “You have moved heaven and earth” and “it is hard to imagine that Helen Childs could have been more kind, considerate, efficient and sympathetic”

If you have been diagnosed with Mesothelioma as a result of direct or secondary asbestos exposure whilst working for the MoD, we will be able to offer advice on whether you will be eligible to claim.
Please contact us on (freephone) 0800 923 0046 and ask for Warren Miller or Kathy Cooke.