Asbestos was used in the manufacture of sheet metals from the 1950s to the late 1970s. Professions such as smelters, welders, blacksmiths, sheet metal workers and lathers often worked in factories or work shops where there was intense fire and heat.

Before the damage that asbestos could do was known, it was widely used in these industries for its heat-resistant properties. Furnaces, boilers and pipes were lined with asbestos. Factory walls, ceilings and floors also contained asbestos. 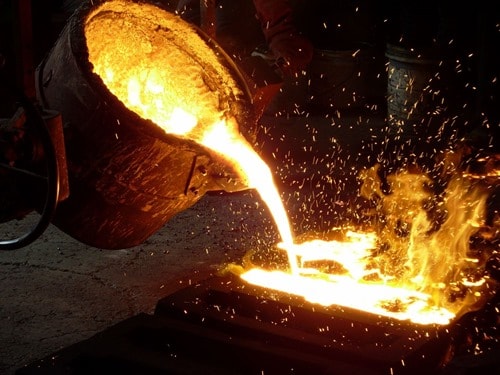 Due to the nature of this heavy work, asbestos was often disturbed and fibres released into the air, to be breathed in by the workers.

Some of the fibres became attached to the clothing and taken home to be washed by family members.

Sometimes the protective clothing, including gloves, masks and jackets contained asbestos to protect the workers from the intense heat.

Mr H was only 71 when he was diagnosed with asbestos mesothelioma early in 2016.

He then worked in the building trade, including a spell at the Department of Work and Pensions building in Long Benton in Newcastle.

Urgency to Settle Claim as he has no dependants

Mr H was single and had no dependants, so it was essential to dealing with his claim during his lifetime. Otherwise his family would have missed out on much of the asbestos mesothelioma compensation for the lost years. Our solicitors calculated that there would have been a reduction in the value of his claim of at least £80K.

Our mesothelioma solicitors felt it was necessary to obtain a nursing care report to deal with his care needs. As he was single, with no-one to look after him, it was likely that he would require commercial care as his condition worsened from the mesothelioma.

Court proceedings were issued and at the first hearing, the defendants conceded liability. They decided to obtain their own medical evidence and our solicitors made an offer of settlement in October 2016. This was accepted late October for a sum in excess of £200,000.

If you have been exposed in similar circumstances and would like some advice on whether you are eligible to claim compensation for asbestos mesothelioma, then please call the number below and ask for Warren Miller or Kathy Cooke.