Legally you have three years from the date of diagnosis of an industrial disease like mesothelioma to start a claim. However as industrial diseases are relatively rare occurences, few people are aware of the legalities. Most will be in a state of shock and thoughts are concentrated on the medical side - diagnosis, prognosis and treatment. So many leave it later than 3 years to try and claim compensation, but how late is too late?

Below is a summary of a court case from March 2016, which is an example of someone claiming after the 3 year limit . . . 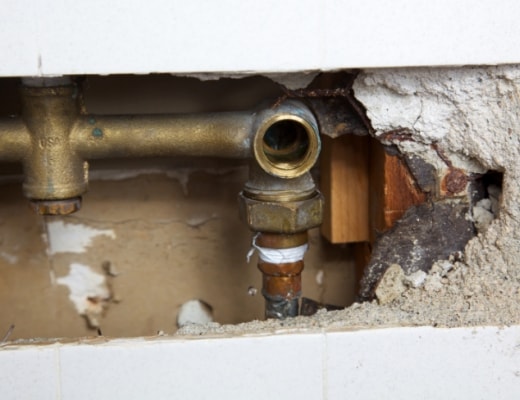 Mr O worked as a plumber for Bradford Council from 1981 to 1987. He was constantly exposed to asbestos during his time there in spite of the fact that the dangers of asbestos use were well known by then.

His work there was varied, he worked on houses, flats and bungalows carrying out small maintenance jobs including fixing leaks in bathrooms and renewing the plumbing and heating equipment.

He often had to prise off asbestos from pipes and clean up with a dustpan and brush which would create dust in the air.

He also had to remove fire-proofed boards to carry out maintenance work and asbestos soffits from the guttering causing dust to fall on anyone that happened to pass by.

His boss at the time gave a statement indicating that even though Mr O was in contact with asbestos, it was 'only' white asbestos and he thought that this was perfectly safe. He did provide paper masks in an attempt to reduce the likely exposure to asbestos.

Decision made not to claim for Mesothelioma after diagnosis

Mr O had the onset of symptoms of Mesothelioma from 2007 to 2010. He noticed a pain in the abdomen and noticed a number of lumps under his skin. After intensive medical investigation a Mesothelioma diagnosed was confirm in 2010.

Unfortunately no-one advised him that he could claim for mesothelioma at the time, in fact he thought that if he sought legal advice, he would have to pay upfront and he did not want to saddle his family with debt. Instead he focused on fighting the cancer and after the first sessions of radiotherapy he made a remarkable recovery. In fact a report from the hospital described Mr O as " remaining remarkably well. He has intermittent fatigue but manages full independent self care and has returned to work". This was in 2013, 3 years from the initial Mesothelioma diagnosis. This influenced the family's decision to not pursue a claim for mesothelioma as they wanted life to go on as normally as possible.

Too Late to Claim?

However his condition suddenly worsened late 2013 and he sadly passed away early in 2014. Just before this, the family contacted their solicitors. Under 'normal circumstances' he would be out of time to make a claim. He was diagnosed on 19th July 2010 and legally a claimant has 3 years from initial diagnosis to claim for mesothelioma cancer. This expired on 19th July 2013.

The question was whether it is fair and just in all circumstances to expect the defendant to meet the claim on its merits, notwithstanding the delay in commencing the proceedings. When considering the reasons for this delay the judge considered the effect that the initial diagnosis had and the chemo had a devastating effect on Mr O.

He was an intelligent person who did understand the possibility of litigation, but wanted to focus on leading a normal life for as long as he could. This coincided with an expectedly positive effect from the chemo and he was even able to return to work. These factors combined with the fact that he was only about 10 weeks late with the claim weighed heavily in favour of the judge allowing the extension of time.

If you or a member of your family has been diagnosed with mesothelioma cancer, but think that you have left it too late to claim, then call us on 0800 923 0046 and we can advise you on the options you have. Even if you are way past the 3 year limitation period, we may still be able to help.