In July 2016 we were instructed by Mrs W, a 79 year old lady from Chertsey in Surrey who had recently been diagnosed with mesothelioma. 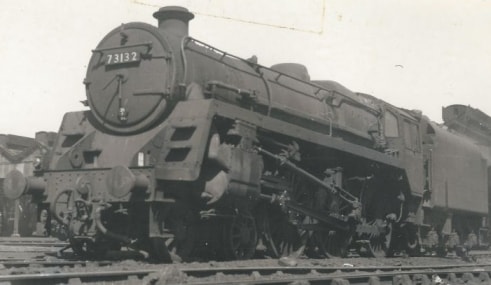 We attended Mrs W and two of her daughters at home to discuss her life and employment history to try and work out where she had been exposed to asbestos.

It became apparent that Mrs W’s first husband had worked for British Rail as a locomotive fireman. Mrs W met her first husband in the early 1950s and they were married in 1958.

Her husband continued to work as a fireman on steam locomotives until the late 1960s.

Mrs W could vividly remember seeing her first husband on trains shovelling coal in to the boiler. He came home every day absolutely filthy, often covered in dust from head to toe. Mrs W was responsible for washing his work clothes. As they were so pitted with dust she shook the overalls outside first to try and remove the worst of the dust before putting them into the washing machine. She remembered there being clouds of dust in the air when she did this task.

As specialist asbestos disease solicitors, we knew from experience and from other claims we had pursued before that boilers and pipework in steam trains were insulated with asbestos lagging which regularly had to be removed and replaced due to leaking pipes and general deterioration of the lagging. No doubt, Mrs W’s husband, in his role as a fireman would have been present when the asbestos lagging was removed.

Claim against Department of Transport for Mesothelioma

On this basis, a claim against the Department of Transport was intimated. By early October, the Department of Transport had confirmed that they accepted that Mrs W had negligently been exposed to asbestos dust as a result of Mr W’s employment at British Rail. Subsequently, upon receipt of a medical report from an expert in support of the claim, they agreed to make Mrs W an interim payment of £50,000.

Mrs W wanted the claim to be settled during her lifetime. We assessed the value of Mrs W’s claim and advised her regarding making an offer of settlement to the Department of Transport. Terms were subsequently agreed in February 2017 and Mrs W’s claim was therefore settled in her favour during her lifetime as she had requested and without the need for court proceedings.

If you or a member of your family have been diagnosed with an asbestos disease such as Mesothelioma, we can advise you on whether you can claim compensation. Please call us on the number below and ask for Kathy Cooke or Warren Miller